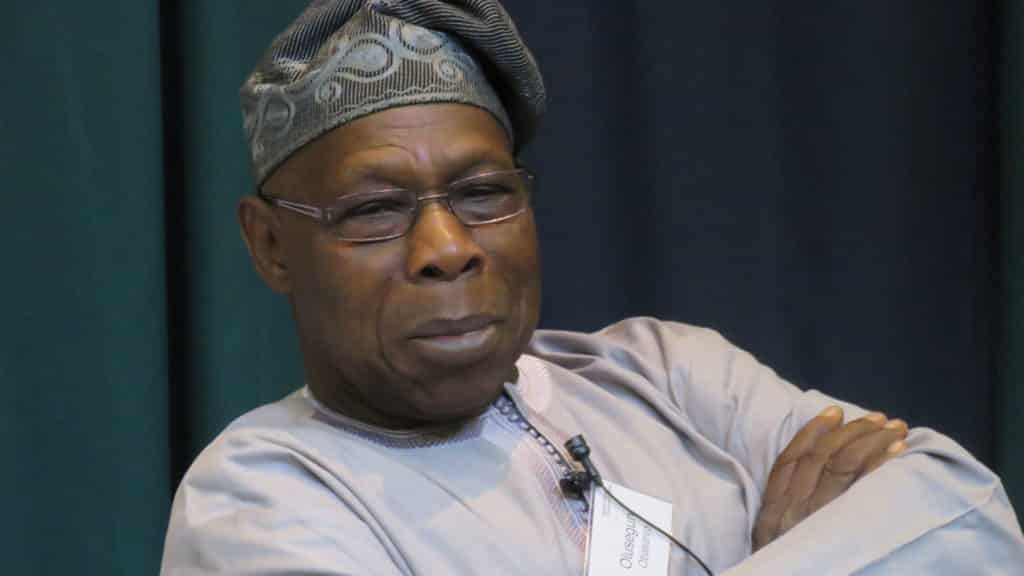 Former President Olusegun Obasanjo has given reasons why he would not comment on the outcome of the February 23 presidential election.
Obasanjo backed the candidate of the Peoples Democratic Party (PDP), Atiku Abubakar, in the election that was won by President Muhammadu Buhari of the All Progressives Congress (APC) in which the Independent National Electoral Commission (INEC) declared Buhari as the winner with 15,191,847 votes while Atiku garnered 11,262,978 votes.

Atiku has gathered a team of lawyers at the Court of Appeal, who are currently working on the processes of filing a petition to challenge the result in court.
The former president spoke on Tuesday at the Shehu Musa Yar’adua Centre Abuja, at the launch of a book written by Abdullahi Shehu, titled ”Election in Nigeria: The Long Road To Democracy.”
While talking about the book, Obasanjo said,

The event attracted the presence of dignitaries, including a former Head of State, Yakubu Gowon; human right activist, Femi Falana; a former deputy president of the Senate, Ibrahim Mantu; Chido Onumah, author of ‘We Are All Biafrans”, among many others.

Posted by mediacop
Email ThisBlogThis!Share to TwitterShare to Facebook
at 11:54