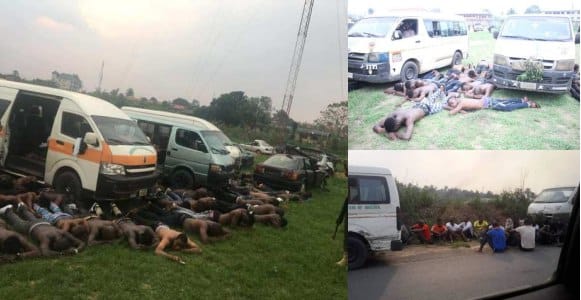 Hours ago, in Akwa Ibom state 12 buses load with thugs sent by Adam Oshiomhole to assist Godswill Akpabio’s candidate, Nsima Ekere and APC to rig elections on Saturday, 09/03/19 met their Waterloo as the Nigeria Police Force in Akwa Ibom intercepted them.

According to reports, the men were allegedly imported from Edo and Ekiti states, ahead of the governorship election on Saturday, March 9, 2019.
It is alleged that the some of them were dropped at the All Progressives Congress (APC) office along Ikot Ekpene while some were arrested. 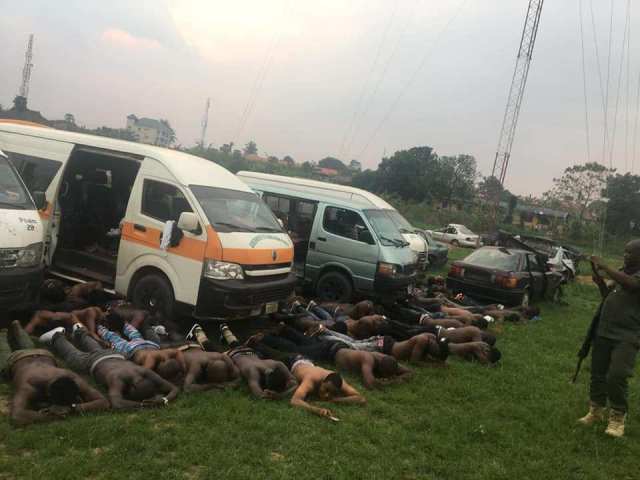 When they were questioned, the men allegedly said they came to work for the APC governorship candidate for Akwa Ibom State, Mr. Nsima Ekere. They also disclosed that four buses filled with able-bodied men have already arrived the state capital, Uyo.
The men were forced to lie down on the ground as they were taken into custody by the police for further investigation.

Watch the video below:

Posted by mediacop
Email ThisBlogThis!Share to TwitterShare to Facebook
at 06:01