“I’ll be tough in the next four years“ — President Buhari 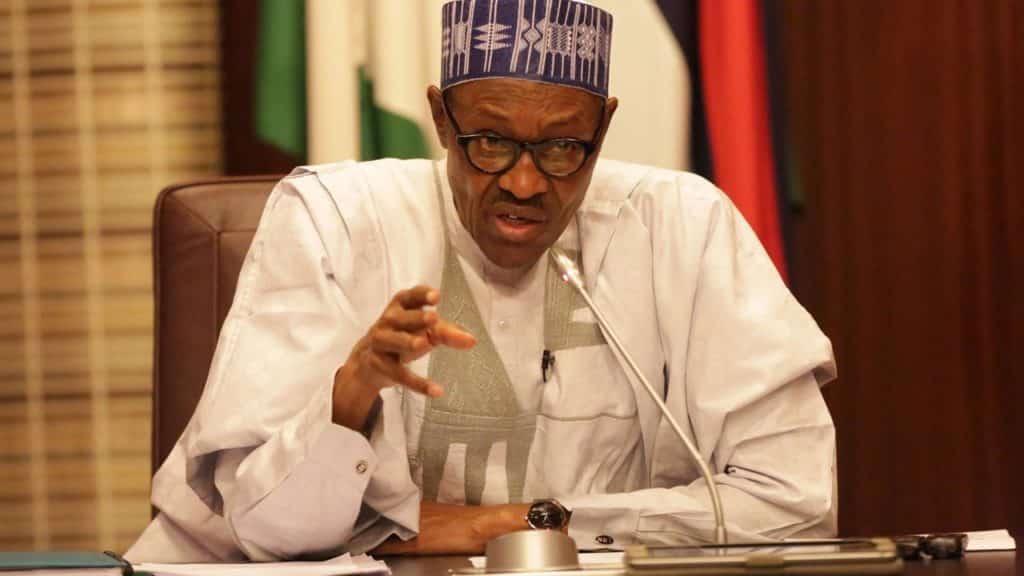 President Buhari has warned that he will be tough in his governance of the country in the next four years.

President Buhari was re-elected after last Saturday’s election results were announced onTuesday February 26th.
He gave the warning while receiving members of the Federal Executive Council (FEC) who paid him a congratulatory visit.
According to President Buhari, this his new tenure will see him intensify his efforts in the three areas of security, economy and fighting corruption.
President Buhari said he had to constantly remind Nigerians of his pledge to ensure security, a robust economy by providing employment to able-bodied youth and tackling corruption.
He also disclosed that he campaigned in all the 36 states of the Federation and the Federal Capital Territory to prove to his critics that he was fit.
Friday’s meeting was attended by the vice president, Yemi Osinbajo, the Secretary to the Government of the Federation, Boss Mustapha, Chief of Staff, Abba Kyari, Head of Service of the Federation, Winifred Oyo-Ita, National Security Adviser, Babagana Monguno and over 20 ministers.
The highlight of the meeting was the presentation of congratulatory cards to the president by the SGF and Head of Civil Service of the Federation on behalf of the federal cabinet and the public service.

Posted by mediacop
Email ThisBlogThis!Share to TwitterShare to Facebook
at 07:35