Menu
Home » »Unlabelled » “Results are being tampered with” – US Congressman, Chris Smith

“Results are being tampered with” – US Congressman, Chris Smith 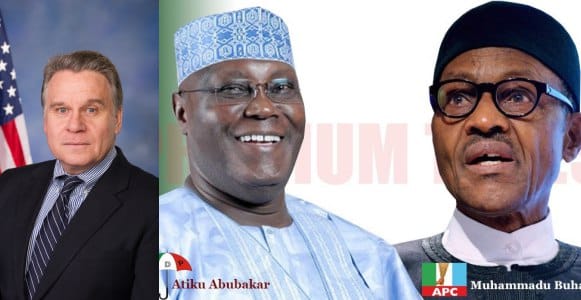 Chris Smith , a ranking member of the House Subcommittee on Africa, has alleged that votes are being tampered with in the ongoing Nigerian elections.

In a message posted on the US house website, Chris Smith is quoted thus”
“Yesterday, Nigeria voted. Today, votes are being counted. I am very concerned by credible reports that the vote is being tampered with.
To avoid any manipulation of the tally, it is critical that the Independent National Electoral Commission (INEC) announce without delay actual results — which are certified by party agents and observers — at each polling unit as the vote is tabulated.
“Well-placed sources report that in some states and localities — including Anambra, Enugu, Ebonyi, Imo, Abia — INEC commissioners are receiving enormous pressure to alter poll results. This must not be allowed to happen.
“The eyes of the United States, of Africa, and the world are upon Nigeria and INEC. I also ask Secretary Michael Pompeo to hold accountable anyone who seeks to cheat the Nigerian people — who have waited patiently — of their vote or foments violence.”
Nigerians voted, with minor glitches, on Saturday for presidential and National Assembly positions in the 36 states of the country.
The country’s electoral body, INEC has announced that the announcement of results will commerce 11 am on Monday.
Sporadic violence were reported in some parts of the country mostly in the South South, South West and North central regions. Figures of death casualties stand at 20 with 15 being shot dead by the military in the riverine community of Abonnema in Rivers state.
The People’s Democratic Party (PDP) earlier accused the ruling All Progressive Congress of planning to rig the elections.
The APC has also accused the PDP of planning to procure a court injunction to stop INEC from announcing the result of the elections tomorrow. 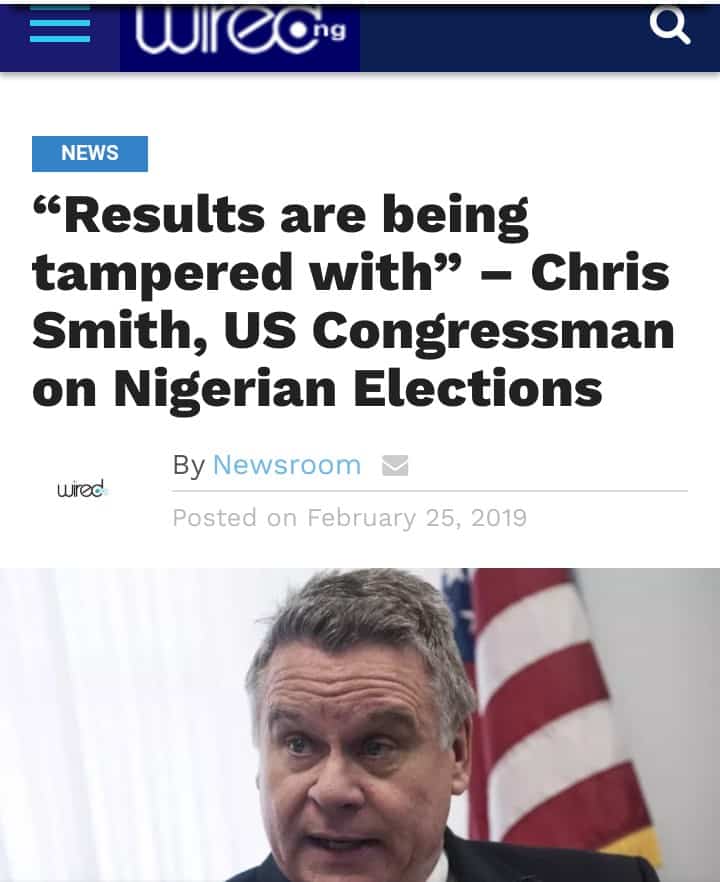 Posted by mediacop
Email ThisBlogThis!Share to TwitterShare to Facebook
at 04:32