Saraki Finally Opens Up After Loss To APC Candidate 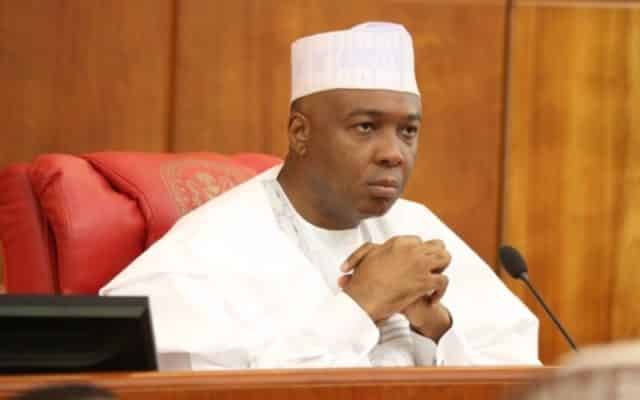 Special Adviser on Media and Publicity to the Senate President, Bukola Saraki, Yusuph Olaniyonu, has dissociated the Saraki camp from a message being shared on WhatsApp which states that the PDP and Saraki have congratulated the APC and its candidates.

Saraki lost to Dr Yahaya Oloriegbe of the All Progressives Congress (APC), in Saturday’s Senatorial election
Oloriegbe polled a total of 123, 808 votes to defeat the Senate President who scored 68, 994 votes in the four local governments of Kwara Central Senatorial District.
In the statement released on Monday, Olaniyonu further stated that the position of the Saraki camp will be communicated to the public later today.
“The public should disregard any fictitious statements being issued and shared on WhatsApp by the APC in Kwara. Our position on the election will be communicated later today.
“In the interim, the APC should stop issuing statements congratulating itself and ascribing it to our camp”, Olaniyonu stated.

Posted by mediacop
Email ThisBlogThis!Share to TwitterShare to Facebook
at 04:30