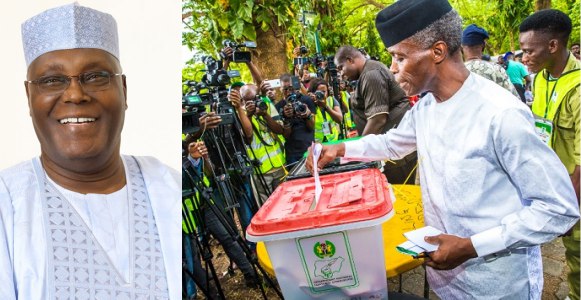 In the result announced minutes 00.20 am on Sunday, the PDP won in the two voting points of the Polling Unit 033.
For the presidential election, the PDP polled 425 votes while the APC had 229.
The PDP had 414 votes in the senatorial election, while the APC had 261.
For the House of Representatives election, the PDP had 268 while the APC came third with 190 votes.
Musician-turned politician, Olubankole Wellington, Banky W came second at the unit with 212 votes.
Elections started in the polling unit at 10:30 a.m. and the last voter cast his vote at exactly 7 p.m.

Posted by mediacop
Email ThisBlogThis!Share to TwitterShare to Facebook
at 04:29