‘Atikulated Nigerians’ –Tinubu Poses With PDP Members In Lagos, After Allegedly Throwing Away An APC Flag At Presidential Rally

APC chieftains, Bola Tinubu was spotted in the pictures below posing with some PDP members in Lagos

According to social media reports, the former governor of Lagos called them Atikukated Nigerians before proceeding to take pictures with them. 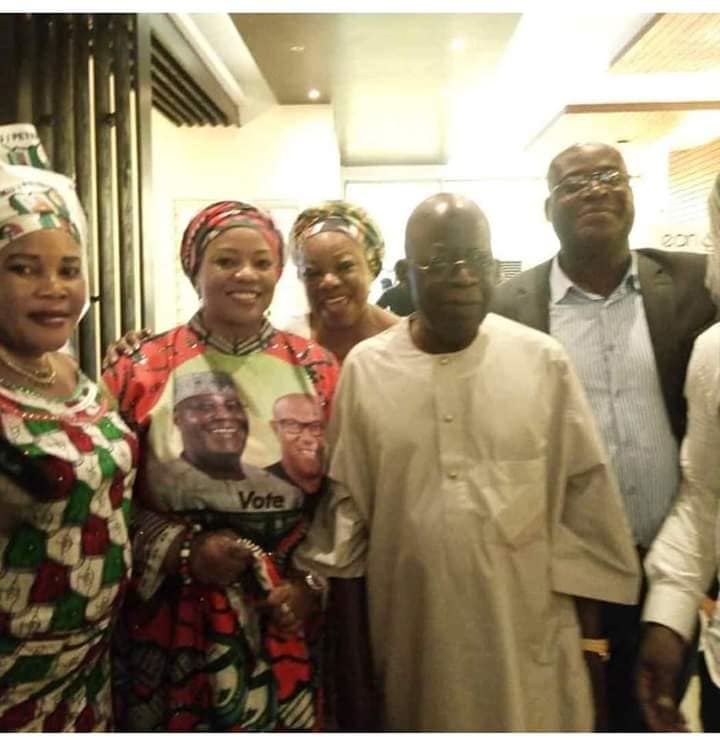 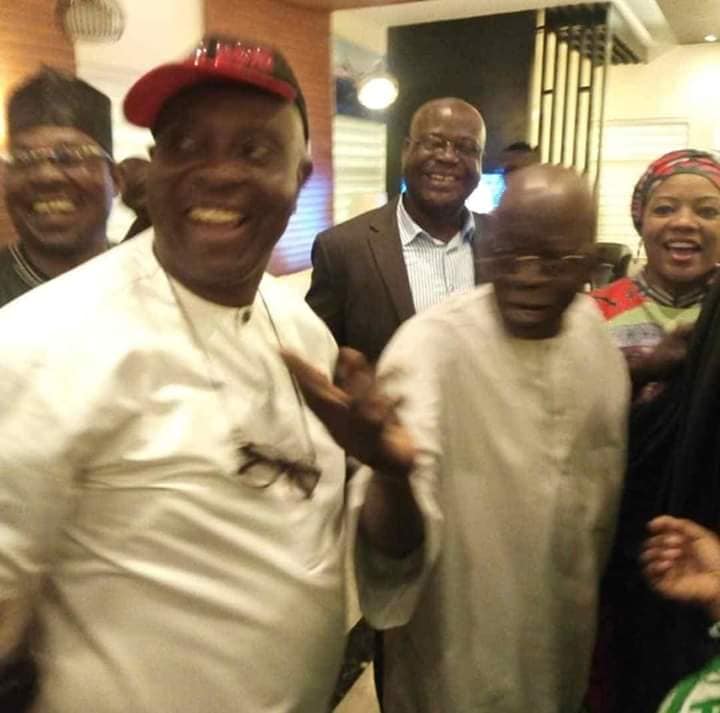 Earlier on, a video surfaced showing Tinubu allegedly throwing away an APC flag at the party’s presidential rally in Ogun State.
Responding  to the video, Tinubu through his media aide said:
”If the issue of the flag has become the hotspot of the PDP campaign, then they are in serious trouble.
“During that portion of the Ogun rally, the National Chairman and others were looking for a party flag.
”I spotted one within my reach. I picked it up and attempted to toss it to the National Chairman, Adams Oshiomhole so that the Chairman can present it to the party’s gubernatorial candidate, Prince Dapo Abiodun.
“If you want to fault me for anything in this matter, your critique can only be limited to the accuracy of my toss.
“Any attempt to enlarge the episode beyond this is fiction and mischief writ large, ” he said.

Posted by mediacop
Email ThisBlogThis!Share to TwitterShare to Facebook
at 04:37