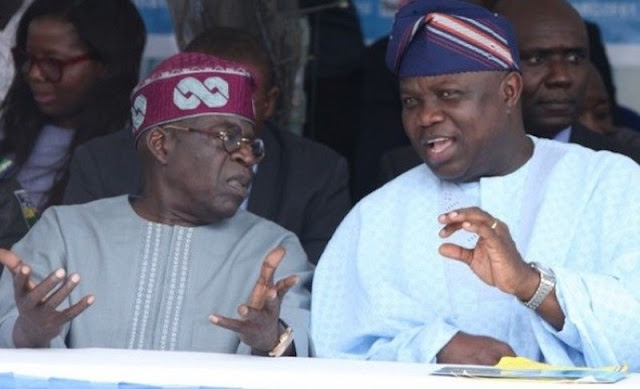 The National Leader of the ruling party all progressive congress, Bola Tinubu could not hold his emotions and bursts into tears at a meeting with Buhari and the APC governors  over the issues between him and Lagos State governor, Akinwunmi Ambode.

The meeting say top guns in the party begging the former governor, who has  said he would block th re election bid of he incumbent governor of Lagos.

Posted by mediacop
Email ThisBlogThis!Share to TwitterShare to Facebook
at 17:46