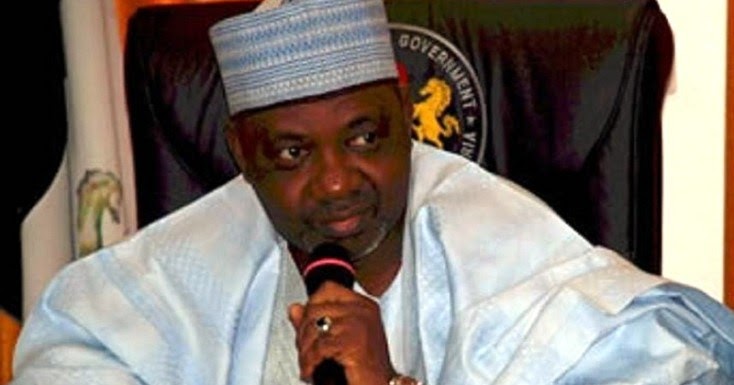 Namadi Sambo, former Vice President, on Monday declared that he was not running for the presidency in 2019.
Sambo said this in reaction to some posters on the social media.
In a statement by his Media Adviser, Umar Sani, the former Vice President described those behind the “mischievous posters” as “apparently engaging in political subterfuge to mislead and misrepresent his political endeavours to Nigerians.”
He insisted that the posters were the handiwork of “mischief makers” out to “score some cheap political points.”


The statement reads, “Some political posters surreptitiously being circulated on some social media platforms purporting to emanate from him suggesting that he has signified interest to join the presidential race under the umbrella of our great party the Peoples Democratic Party.

“It is instructive to categorically state that the former Vice President is not in the race and has not directed anyone to carry out such political campaigns on his behalf, he believes that the sponsors of the mischievous posters were apparently engaging in political subterfuge to mislead and misrepresent his political endeavors to Nigerians.
“Unsuspecting members of the public especially the PDP family are by this publication notified that such posters are the handiwork of mischief makers and its circulation is intended to score some cheap political points he, therefore, urges that those posters in circulation should be discountenanced as he is not in anyway connected to them.”

Posted by mediacop
Email ThisBlogThis!Share to TwitterShare to Facebook
at 03:37