KWAM 1 Finally reveals why he is supporting Pres. Buhari 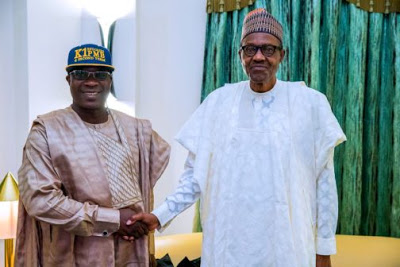 Veteran Fuji Icon, Wasiu Ayinde Marshal AKA K1 who recently visited President Buhari in Aso Rock, Abuja has revealed why he is canvassing support for him. he Said;

‘’I support President Buhari and want to carry it on my head because this is the fist time we see a person coming twice to fight the cabal that refuses to let this country move forward. The  cabal that refuses to let the people of this nation  making good of the nation for themselves and for other generations to come. For the first time we have someone who looks the cabal in the face and tells them enough is enough.  He had tried this when he first came as a military ruler."

Posted by mediacop
Email ThisBlogThis!Share to TwitterShare to Facebook
at 11:38