The Ten Most Expensive Stars At World Cup 2018 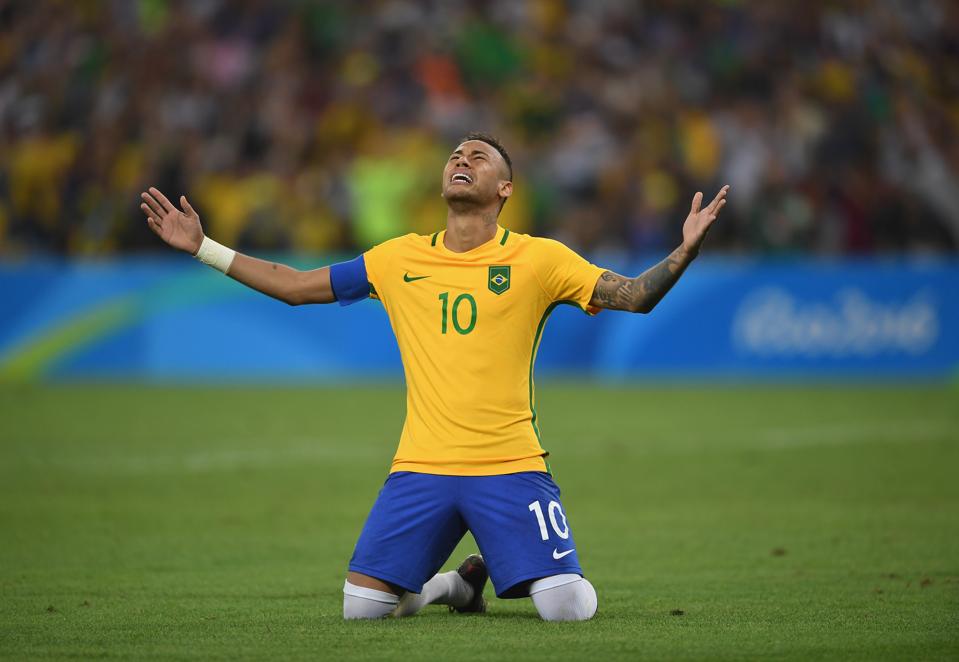 Neymar is the most expensive player at the 2018 World Cup. The Brazilian forward already holds the record for the most expensive single transfer – the €222m ($262m) Paris Saint-Germain paid Barcelona last summer – and clubs have paid a combined €310m (U$366m) to sign him over his career so far.
He is one of two Brazilians and six South Americans on the list, which ranks players by cumulative transfer fees. There would have been one more if Chelsea defender David Luiz (€125m / $148m total transfer fees) had made the Brazil squad. Cristiano Ronaldo takes his place, and could rise even higher if a rumoured move away from Real Madrid materializes. Lionel Messi, of course, does not feature, given he has played for Barcelona since he was 13. Barcelona and PSG have the most players from the list on their books – three each.
Though all are international soccer household names, there may be a few eyebrows raised to find clubs have paid considerably more than Angel Di Maria over his career than, for example, Luis Suarez. Larger-than-life LA Galaxy striker Zlatan Ibrahimovic would have been third on the list with €169m ($200m) but has retired from international duty with Sweden.
To see what the World Cup has in store for its most expensive stars, check out all my World Cup previews here
1. Neymar (Brazil) – €310m ($366m)
The talismanic Brazil forward needs no introduction. Despite smashing the world record transfer fee when he moved to PSG from Barcelona last summer, rumours persist Real Madrid could be preparing an even larger bid for one of the world’s best players.

Another PSG player completes the top three. Winger Di Maria has earned his previous clubs, Benfica, Real Madrid and Manchester United, hefty transfer fees. In August 2014 he moved from Real to United for €75 million ($89m) but left the next summer for €63 ($74m) million.

Posted by mediacop
Email ThisBlogThis!Share to TwitterShare to Facebook
at 10:39