Buhari's 2nd term ambition is dead on arrival. We don't want Grandpa as president anymore.. He is old and tired" — Fayose 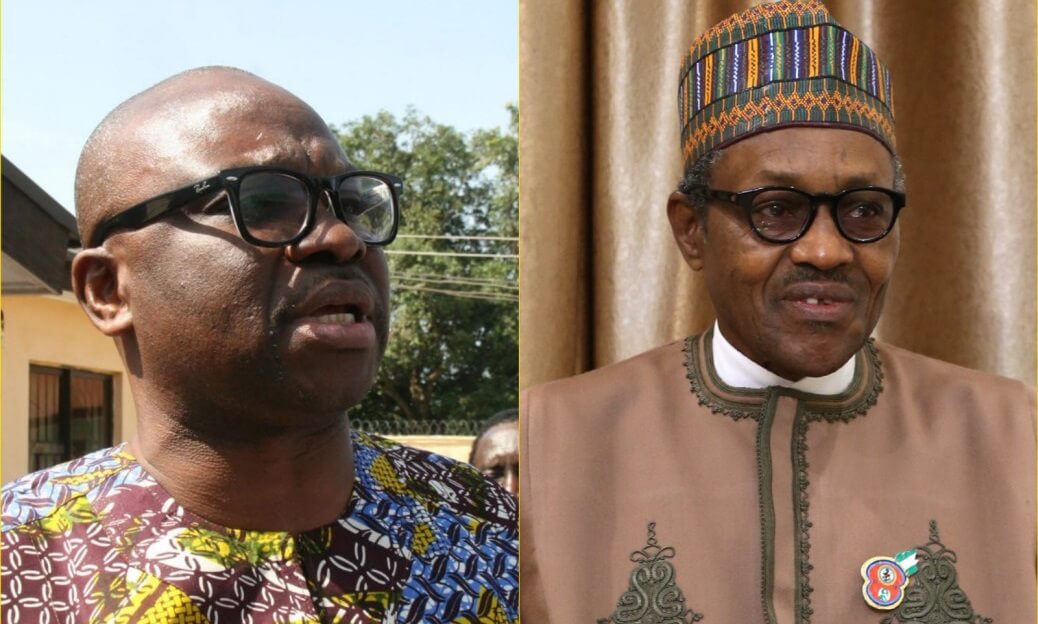 Ekiti State governor, Ayodele Fayose, has told President Muhammadu Buhari that his second term ambition will fail because Nigerians are tired of his string of failures.

President Buhari ended months of speculation when he officially announced his intention to seek re-election in the 2019 presidential election during a meeting with the National Executive Committee of the All Progressives Congress (APC) on Monday, April 9, 2018.
Governor Fayose, who is also contesting in the presidential election, said the president is old and tired and Nigerians will be glad to vote him out.
While expressing his views on his official Twitter account (@GovAyoFayose) late on Monday, Fayose said the president is easy to defeat due to his failures as president since he was elected in 2015.

He posted, “Buhari has done more harm to this country. His ambition is a means by which Nigerians will tell him good riddance to bad rubbish when they boot him out of office. He is an easy candidate to defeat in the poll because he has failed woefully
That second term ambition of President Buhari is dead on arrival. We don’t want Grandpa as president anymore. Nigeria does not deserve a Buhari as president in 2019. He is old and tired. When people don’t know when to take their leave and say bye, Nigerians will show them the exit door.
“Buhari has failed in all fronts. He has failed in his so-called fight against corruption, he has failed in the economic front. He has not done well in term of security. Gruesome killing of Nigerians is now a daily occurrence in Nigeria.”

A lot of public reactions has trailed the president’s announcement, with former Minister of Education, Oby Ezekwesili, comparing the him to a trespassing masquerade who doesn’t know when to stop. She said the president’s second term ambition will spell the end of the his reign as the nation’s leader as well as the end of a “decadent political class.”
In the official reaction of the opposition People’s Democratic Party (PDP), they said the president’s announcement is nothing to talk about until he wins the APC’s nomination.

Posted by mediacop
Email ThisBlogThis!Share to TwitterShare to Facebook
at 09:43