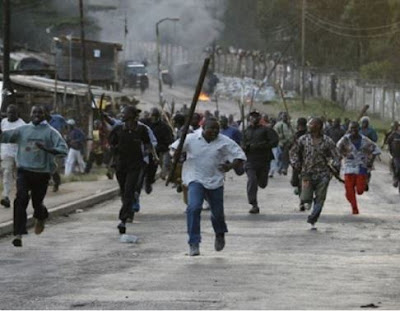 The Lagos State police command have arrested over 100 persons who are involved in the violent clash between Hausa and Yoruba youths at the Scavengers Land near New Garage, Ojota.

Recall, we brought the news to you earlier this morning where we reported over 13 people have been killed in the tragic clash.

The state Deputy Commissioner of Police (Operations), Mohammed Ali, made the disclosure on Friday saying the arrested persons have been transferred to the Taskforce Office, Oshodi, Lagos.

Posted by mediacop
Email ThisBlogThis!Share to TwitterShare to Facebook
at 10:38