Menu
Home » »Unlabelled » "Why I wrote my letter to President Buhari" - Obasanjo Reveals.

"Why I wrote my letter to President Buhari" - Obasanjo Reveals. 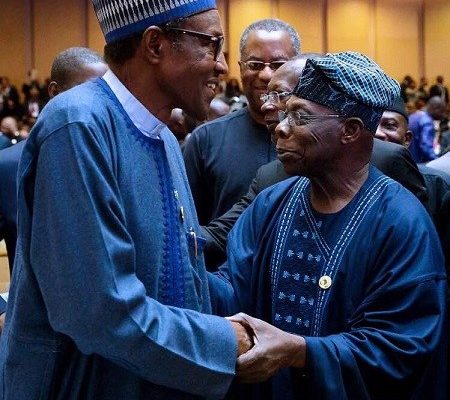 Recall Last week Former President and Elder state man, Chief Olusegun Obasanjo dropped a bombshell letter that criticized the present Presidency led by President M. Buhari and state how our beloved country Nigeria might be saved from its current economic and social dilemma.

Read what he said that led him to write the letter;

"Last week, I issued a statement which I did not do lightly or frivolously but out of deep concern for the situation of our country.

"I wonder why some Nigerians were worried why I had to pay respect to the Nigerian President at Addis Ababa. That’s my own upbringing as a well-born and bred Yoruba boy.

"That doesn’t mean that what I have said about the President, which I did not say out of bitterness and hatred.  It is evidence that the President has performed,  in some areas, good enough.


"In other areas not good and a proper advice which he may take and he may not take."

Posted by mediacop
Email ThisBlogThis!Share to TwitterShare to Facebook
at 04:15