Billionaire son, Paddy Adenuga, finally open up on his political ambition in 2019 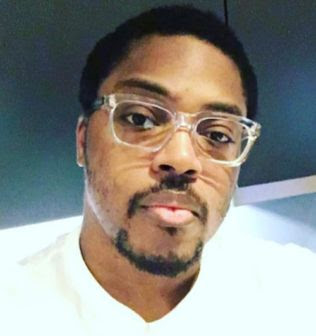 Son of billionaire businessman Mike Adenuga, Paddy Adenuga has been busy of late on social media raising controversial issues to realtionship issues and even to claiming he almost bought Chveron in the Netherlands, Due to his social media antics some have speculated that the billionaire heir is eyeing a political office come 2019. However he has reacted to this speculations., below is what he said,


"i have no political ambitions at all 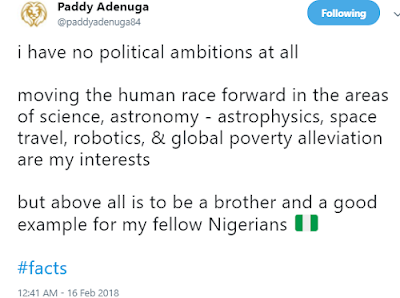 Posted by mediacop
Email ThisBlogThis!Share to TwitterShare to Facebook
at 14:21