Menu
Home » »Unlabelled » Update: Man who was arrested for cutting off his pregnant ex-girlfriend n!pples, sentenced to 45 years in Prison

Update: Man who was arrested for cutting off his pregnant ex-girlfriend n!pples, sentenced to 45 years in Prison 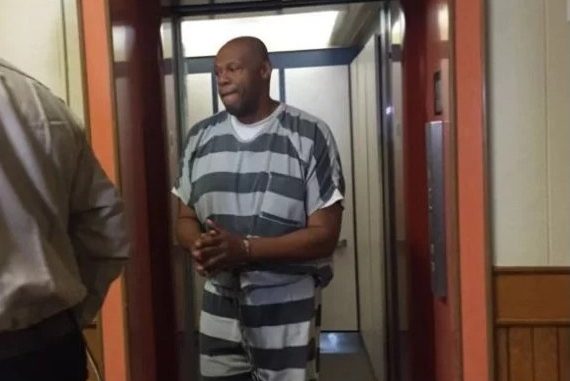 A man who was arrested for assaulting and cutting off his pregnant ex-girlfriend n!pples in October 2016, has been sentenced to 45 years in prison
45-year-old Tony Ledbetter of Sioux Falls who had pleaded guilty to three counts of aggravated assault, was sentenced on Tuesday.


On the said day of the incident, Police reports indicated that Ledbetter visited the victim at her house to address their relationship, but turned into a violent scene when the suspect punched the victim in the face, slammed her head onto the ground multiple times, and pinned her down by the throat, forcing a blanket into her mouth, before cutting off her n!pples with scissors.


As part of a plea deal, prosecutors agreed to ask for no more than 30 years at his sentencing. But the Argus Leader reports that Judge Doug Hoffman went against the plea agreement and gave Ledbetter the maximum 45 years.
Remorseful Ledbetter publicly apologized in court, to which the victim responded, “Do you feel like a man?”
?????????
According to the victim, the incident affected her physically and emotionally.

Posted by mediacop
Email ThisBlogThis!Share to TwitterShare to Facebook
at 05:04