Menu
Home » »Unlabelled » I am about to lose my multi million hotel Footballer Nwankwo Kanu cries out!

I am about to lose my multi million hotel Footballer Nwankwo Kanu cries out! 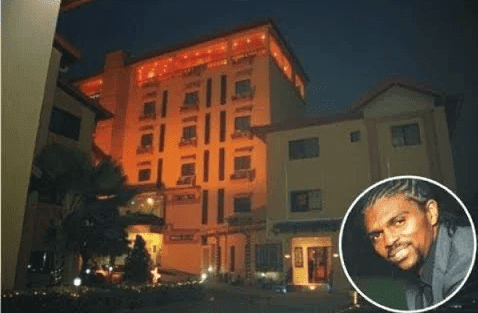 Former Africa Best Footballer, Nwankwo Kanu open up on the ordeal he is currently facing since November 2015 to Scorenigeria.

'It is now common knowledge that Hardley Apartment, which is a going concern in the hospitality industry was put under the temporary possession of AMCON since November 2015 by an exparte order of court on account of a purported indebtedness but which remains unproven till date.'
'The matter remains pending and is slated for further hearing on the 14th day of February, 2018.
'On account of the pendency of the said matter, and in deference to the need to allow justice take its natural course, I remain constrained as to the extent to which I may wish to delve into the facts and details at this point in time.
“But suffice it to say however, that the protracted/stalled nature of proceedings has been engendered wholly by AMCON’s refusal/inability to obey the specific order of court to provide the full statements of accounts, by which they came to the position of the purported indebtedness”.
“While I remain resolute in my decision to respect the sanctity of our law courts, I am however constrained to issue this statement to call on well-meaning Nigerians and all men/women of good conscience around the globe to prevail on AMCON to do same.
“This has become necessary in the light of some bizarre actions embarked upon by AMCON in vandalising/stripping the assets, under the guise of renovations, but ostensibly with a clandestine design to brazenly sell or hand it over to a third party under secret terms and thus complicate/further stall this matter.
“As I issue this statement, my heart bleeds and profusely too. My heart bleeds for several reasons. My heart bleeds, not just because my prized possession which emerged out of my blood and sweat as a career footballer is at the risk of being taken away from me under the weight of an intractable/belligerent government apparatus unjustifiably, but also because of the imminent defeat of the major objective for its establishment.
“This essentially borders on the well-known fact of my travails in the hands of heart challenges when I had to undergo a number of surgeries for my ailing heart condition at that time. God in his infinite mercy spared my life, ostensibly by equipping me financially ahead of tribulations through my early career successes”.
“Emerging from the throes of death under those circumstances informed me under sober reflections that God had an assignment for me. I was able to identify it. It dawned on me that God desired to use me/my resources as a vessel to save more lives which may come under threat under similar situations.
“In spite of the unwholesome actions of AMCON, I remain steadfast in my resolve to patiently and fully participate in the tortuous judicial process and accept the final outcome with dignity.
“I also hereby personally call on the management of AMCON not to act in frenzy, but to be fully guided in their actions by conscience and the rule of law as against rule by mighty”,

Posted by mediacop
Email ThisBlogThis!Share to TwitterShare to Facebook
at 09:41