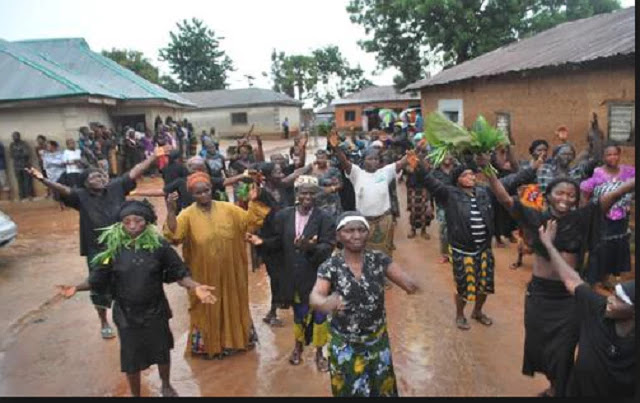 Southern Kaduna Peoples Union (SOKAPU) has expressed bitterness over agelong socio-political marginalisation of the area by successive governments at the federal and state levels.
Under the current circumstance, they fear that it would be very difficult for them to make any headway politically or produce their own son or daughter as the governor of the state, unless a state is created for them out of the present Kaduna, even as they protest being categorized under north west zone, insisting that they belong to the Middle Belt.
This was contained in a communique issued at the end of SOKAPU town hall meeting, and it was read to journalists by the President of the Union, Solomon Musa in Kaduna.
Over the years, Southern Kaduna has only been enjoying the position of deputy governor until 2010 when the jinx was broken and the then deputy governor, Patrick Ibrahim Yakowa became governor following the elevation of the then governor, Namadi Sambo to the Vice President.
But Yakowa died in a helicopter crash shortly after attending a burial ceremony in Bayelsa State on December 15, 2012.
SOKAPU, therefore, backed the call for restructuring of the country to address this issue, ranching for fulani herdsmen, local government autonomy, resource control among others.


The union noted in the communiqué: “The present delineation of federal and state constituencies, wards, local government areas, registration areas, polling units are deliberately skewed to the disadvantage of the people of Southern Kaduna and other ethnic minorities in the north so that a person of Southern Kaduna extraction for instance will find it almost impossible to aspire to hold certain critical positions in Kaduna State e.g. Governor.


“Therefore there is need to correct these structural imbalances that have been set up to always undermine the political aspirations of the Southern Kaduna people. The constitutional provisions on periodic review of polling units and constituencies should be carried out with fairness and within the intendments of the constitution and before the next general elections in 2019. There is need to carry out constituency delineation at shorter intervals than the current 10 years as enshrined in the 1999 Constitution as amended.”

They reiterated their position on the implementation of  the resolution of the 2014 National Conference for the creation of additional state (Gurara State) out of the present Kaduna to meet the aspirations of the people of zone and their desire for self-determination and justice.
They also decried alleged “institutionalized discrimination where better-qualified persons from Southern Kaduna or other ethnic minorities are passed over for appointments into public office for lesser-qualified persons,” noting that such imbalances have always created a sense of alienation rather than inclusion. (THE SUN)

Posted by mediacop
Email ThisBlogThis!Share to TwitterShare to Facebook
at 15:24