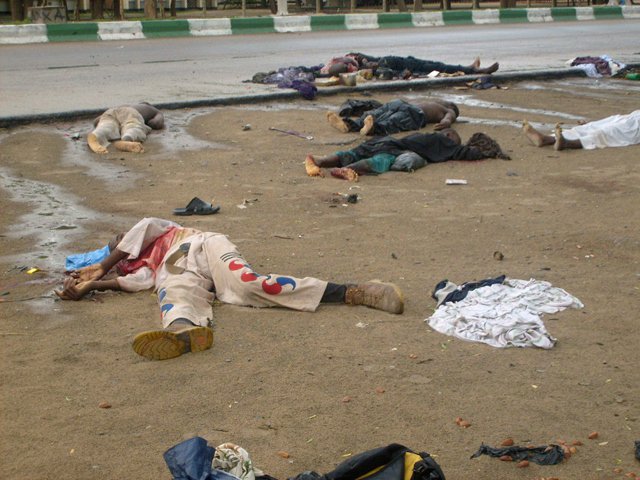 Report reaching our newsroom tonight say there was a suicide attack on Pulka  village in Gwoza Local Government Area of Borno State that left at least three persons dead and seven other persons injured.
The disclosure was made by an aid worker. He said the attack took place on Monday.

While confirming the attacks, he said: “A suicide bomber came to the entrance to Camp 4 around 11 am on Monday morning and detonated the explosives strapped to her body and at the last count, we have three dead and seven injured persons.


Also confirming the attacks, a certain resident of the town Mr Bukar told our source there was an attack on the IDP camp in Pulka.
He said: “Yes, there was a suicide attack on a camp in Pulka on Monday, three persons died and seven other persons were injured.”

Posted by mediacop
Email ThisBlogThis!Share to TwitterShare to Facebook
at 11:30