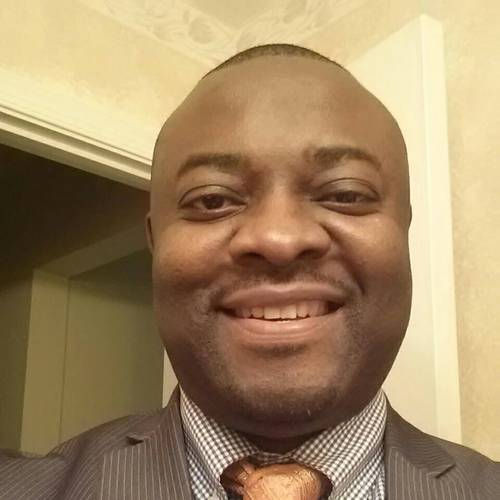 This is the confessions of a dangerous mind that lied, to tell the truth. Even though it is very dark where I am held against my wish, I saw IPOB shake and tremble, and then fall to pieces like a house of cards. By using IPOB to promote the divisive rhetoric of seductive but destructive whisper that is pushing Ndigbo to the false comfort zone of isolationism, I erred.
I scratched the itching eye with the piece of wood meant for scratching an itching ear. In my arrogance, I never imagined that should the Nigerian security operatives make a determined effort to extinguish me, the human rocks I had piled as a barrier around my father’s house would come tumbling down. The invasion of my father’s house by murderous Nigerian security operatives and the subsequent killing of many of my unarmed followers was an “aha” moment for me.  I feel sadness over the death of Umu Igbo in the quest for Biafra that should never have occurred.  I am confessing that IPOB’s foolhardiness led to their death.
In the words of wisdom from a great mind Albert Einstein, “The difference between stupidity and genius is that genius has its limits.” I am confessing that IPOB’s absurdity has no limit.
We are like lepers whose hand Ndigbo shook and we overcome with excessive affection. Because Igbos honored the Biafran spirit and heroes and stayed home when we threatened them, we arrogated that honor to ourselves and got carried away.
After I recently disappeared into thin air, my comrades in IPOB, rather than change gear and save our fast depleting gunpowder, exhausted them in the false hope that they will stop the November 18th governorship election in Anambra State. The call for a boycott of that election finally exposed our dirty ass. The residual energies after my dramatic disappearance could not coalesce around the elusive goal of forcing Ndi Anambra to boycott the governorship election.


Suddenly, the almighty IPOB has crumbled like a cookie. Now, I have not only killed my obsession with breathless pursuit of an elusive Biafran goal, I have also left the beautiful mess IPOB, directionless. I guess that’s what happens when a headless ram like IPOB initiates a head fight with the bull, Nigerian military operatives.
Even in this present state of damped optimism, I don’t want any of the pro-Biafran independence agitators to lose their outrage over the state of affairs in Nigeria and Igbo land because, in outrage, there is hope. However, having observed the collapse of the move for independence even after a referendum by the Catalonians and Kurds in Spain and Iraq, respectively, I have concluded that one of the first steps to real liberation is not to build on lies and deceit.
IPOB crumbled like a cookie because it was anchored on deceit. Fiction is a deceit. IPOB’s promise of an independent state of Biafra is a fiction. My promise to Igbos who do not understand the political realities of Nigeria that Biafra is about to be actualized “now” was a deceit. Biafra that contemplates actualization through the derogation of every ethnicity in Nigeria in the 21st century is a deceit.
Yet, fooled with this incoherent rhetoric and false hope, my Igbo brothers favored this deceit. I was absolutely wrong about this deceit and I apologize to IPOB members, followers and supporters.  I erred by using the same rhetoric as that of the 1990s that led to civil war in Burundi and Rwanda, fueling passions that are always very difficult to extinguish.


IPOB fell like a pack of cards because I used a basket to collect water. Now, I have realized that mobilizing others requires that those doing the mobilization have their acts together, including, a sound strategy, and the right people in place. Despite the massive support garnered by IPOB in its quest for the actualization of the independent state of Biafra, the movement failed primarily because the mobilization was around elusive goals. Most importantly, IPOB failed because my leadership style can at best be characterized as braggadocio.
Looking back at my missteps in the past couple of years, I have realized that the mobilization by IPOB has been built on false hope, hence the inevitable failure. The truth is that propaganda on social media alone will not result in any lasting political gains. The more the incoherence of IPOB, MOSOB, BIM, Biafran Zionist, filters through, people get used to it and Igbo generations will waste their time on jamboree rather than constructive political engagement.
Thus the crux of this confession is to say that, what matters, in the end, is what is made out of the existing grievance and not the grievance itself. I have realized that if one shoots a lizard along his path as he climbs a zigzag tree, his supply of gunpowder will be exhausted. Please let us mobilize Ndigbo around a realistic goal rather than waste our gunpowder on social media.
Presently, there is a lull, except the familiar, though, damped misinformation by my IPOB Internet Soldiers. This is because there is still a vacuum, a big vacuum begging to be filled with reference to the mobilization of Igbo people around a vision that is in our best interest in Nigeria.
I am happy this time out in an unknown location has made me realize that at IPOB, we have our politics backward. Rather than overwhelming its adversaries, IPOB has been run aground by its own missteps. Our politics based on suspicion of other ethnic groups offered no answers to the cosmopolitan Nigeria with millions of Igbos in every corner working hard and earning a living.
From my unknown location and with my head cooling off now, it is so evident to me that nothing less than a fundamental rethinking of our modus operandi is required. At this moment that IPOB have demonstrated its incapacity of sound strategy and reasoning, a new politics should arise in its place. It is my hope that this new politics will not be a complaint-based like IPOB, but rather, a Renaissance similar to Martin Luther King’s positive vision as articulated in “I have a dream” speech. Let this new Renaissance replace IPOB’s doomsday discourse with aspirational and future-oriented one.
Please use this confession going forward to affect the much needed new path to Igbo Renaissance. Our collective path forward as Ndigbo in these very troubled times depend on what we do next.
Merry Christmas in advance. I love you all
(This unendorsed, yet classic confession of Nnamdi Kanu was coded and transmitted from his unknown location but decrypted by my Biafran Spirit).
You can email Churchill at churchill.okonkwo@gmail.com or follow him on Twitter @churchillnnobi.

Posted by mediacop
Email ThisBlogThis!Share to TwitterShare to Facebook
at 13:38