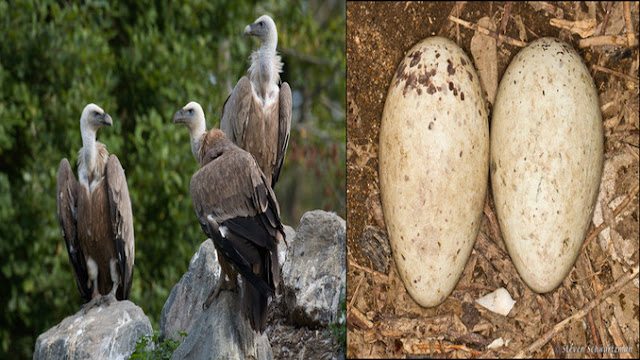 Professor Edem Eniang says the demand for vulture eggs among Nigerian politicians makes vultures an endangered species
A trader at Akparandem Market, Uyo, who trades in birds, Madam, Etiowuwan Imoh, says an egg of a vulture costs over N1m because of soaring demand A chieftain of the PDP, Professor Jerrry Gana, states that Nigerians are eagerly waiting for the party to return to power in 2019 Bird scientists have accused fetish politicians who allegedly use vulture eggs in making charms for electing purposes of threatening the existence of the birds.
The scientists said as the 2019 election year approaches, the craze for vulture eggs among politicians had increased. One of the scientists, an associate professor of the department of forestry and natural environmental management at the University of Uyo (UNIUYO) Uyo, Akwa Ibom state, Edem Eniang, said the high demand for vulture eggs among Nigerian politicians for preparation of voodoo to win elections now makes vultures an endangered species, Vanguard reports.


“The vulture is a very special bird created by God to serve as a natural vacuum cleaner, they clean-up all available rubbish, but the politicians and favour seekers hunt and pick the eggs of these special creatures for their fetish needs, diminishing their population and not allowing the eggs to be incubated and hatched,” he lamented.


As it is, the existence of the vulture is greatly threatened, as Nigerian politicians hunt desperately for its eggs. The bird is so important that the United Nations set aside the first Saturday of September, every year, as World Vulture Day.”
He said politicians hire community youths to hunt for the eggs by climbing very high trees to get the eggs for them.
“These youth climb Iroko trees in the midnight to pick vulture eggs. They climb at darkest night knowing that the vulture does not see in the night to steal their eggs,” he said.
“Unfortunately, the vultures do not lay many eggs and they lay once in a year and the eggs are most hunted. The scientist said Nigerian politicians are too desperate to get power, adding that no one needs juju animism to win an election. A trader at Akparandem Market, Uyo, who trades in birds, Madam, Etiowuwan Imoh, confirmed that an egg of a vulture costs over N1m because of soaring demand.


Vanguard stated that politicians spend as much as N1.2m to buy a vulture egg untouched by human hands for spiritual power allegedly embedded in the egg. The newspaper reported that one touched by the human hand costs only N20, 000 in the local market and that besides politicians, businesspersons also seek the eggs for vulture for its alleged supernatural power.

Posted by mediacop
Email ThisBlogThis!Share to TwitterShare to Facebook
at 11:39