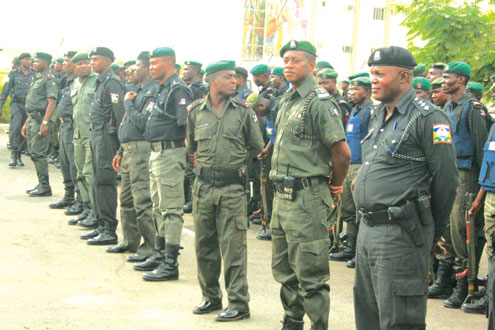 Reports coming say the Federal Government is considering reforming the Nigeria Police to cope with emerging security challenges in the country.
Meanwhile the Federal Executive Council, Daily Globe Watch reliably gathered is expecting a formal draft of the shape and size of the proposed reform which would be tabled before it by the Minister of Interior, General Abdurahman Dambazzau, between now and January 2018 for approval.


Our source further revealed that Dambazzau is already working tirelessly to get a date for the submission of the draft of the police reforms to FEC.


This, he will do after securing a date from the Secretary to the Government of the Federation (SGF), Boss Mustapha, for the submission of the memo to FEC.
Speaking further on the planned reform he said, the Federal Government has made improving national security its priority geared towards coping with the current security challenges.


Also in the proposed reform , other measures are also in the pipeline which border on border control, better policing of the citizens.

Posted by mediacop
Email ThisBlogThis!Share to TwitterShare to Facebook
at 07:04