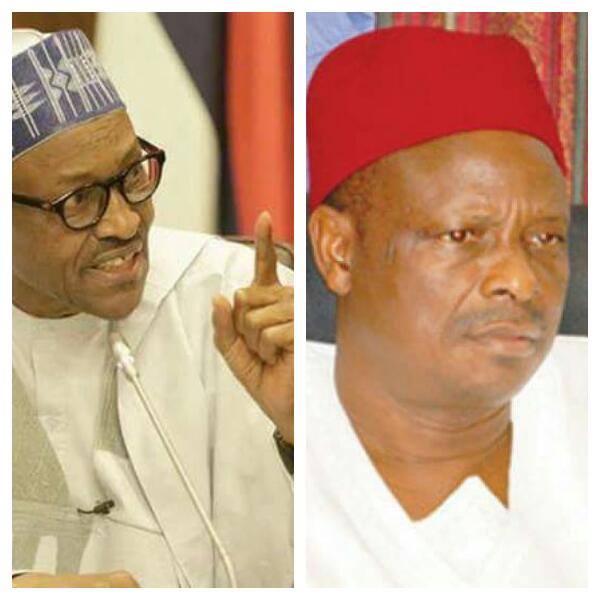 Former Kano Governor has been declared an enemy of the ruling All Progressives Congress, APC and President Muhammadu Buhari for failure to receive President Buhari in Kano.


He said ''other Senators were present to receive the President except for Kwankwaso whose absence confirms the insinuations of his planned moves against President Muhammadu Buhari and the ruling All Progressives Congress.''
His words: “All the senators representing the state were present except Kwankwaso which confirms insinuations of his imminent but ill-advised shift to the PDP.”

Posted by mediacop
Email ThisBlogThis!Share to TwitterShare to Facebook
at 11:31