Menu
Home » »Unlabelled » Biafra Alert: Bishop Udeh Once Again Reveals Many More Sins Of Gen. Gowon And Why He Must Apologize To The Igbos Now

Biafra Alert: Bishop Udeh Once Again Reveals Many More Sins Of Gen. Gowon And Why He Must Apologize To The Igbos Now 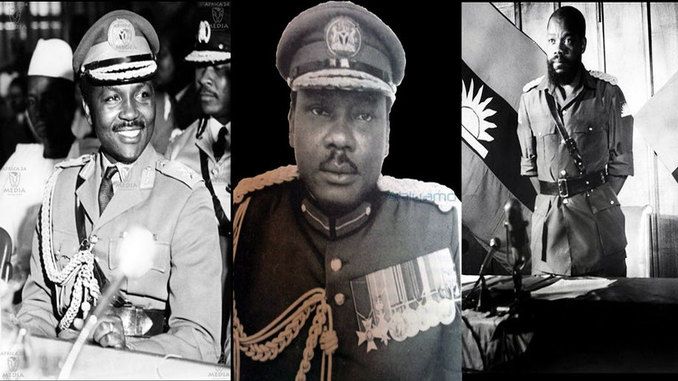 General Overseer of Mount Zion Faith Global Liberation Ministries, Nnewi Anambra State, Bishop Abraham Chris Udeh, on Tuesday urged former Military Head of State, Yakubu Gowon to apologise to Igbos for the death of children and those starved to death during the civil war.
The clergyman stated that failure to apologise, those “starved to death will continue to dog his way.”
Speaking in Nnewi, Udeh said the former Head of State should help the South East achieve their struggle for Biafra.
He also urged the Federal Government to declare Fulani herdsmen a terrorist group because that was the only way to stop them from incessant attacks on innocent Nigerians.


The clergyman stated that if herdsmen would continue to kill and maim and go scot-free, it shows that a section of the country where IPOB emanated was highly marginalised.


“He should ask Igbo to forgive him and make restitution. Additionally, he should help the Igbo in any way he could to get Biafra. That is the only condition that would guarantee his total forgiveness.”

Posted by mediacop
Email ThisBlogThis!Share to TwitterShare to Facebook
at 13:38