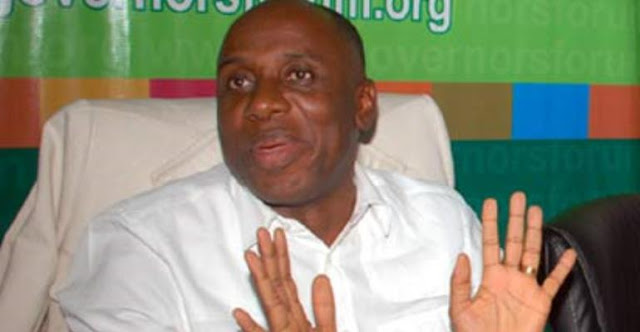 
The economy, he said, has been improving tremendously and enjoying  a steady growth.


He said:''“My attention and belief shifted to Buhari who was the viable alternative. I believe in the change mantra because it was the only way to improve on what is on ground. He has not disappointed because the economy is now back on track and is growing. This is evident in the current prices of food items because it is getting lower.’’
On the prices of food, he said, “With the change going on, the price will further crash because before this government came in, prices were soaring because we were importing food items, things we can grow here.
“Now the policy of government which banned the importation of rice is working; the price is now about N16,000, but before now, we were importing about N3 billion worth of rice. Before now too, we were importing another N3 billion worth of poultry products, we were importing tomatoes but with the ban, we are now concentrating on our local production.


“Many states in the northern part of the country are now growing rice in large quantities though by right, the south-south geo-political zone should be doing that because they are the ones in the swampy area.”

Posted by mediacop
Email ThisBlogThis!Share to TwitterShare to Facebook
at 11:32