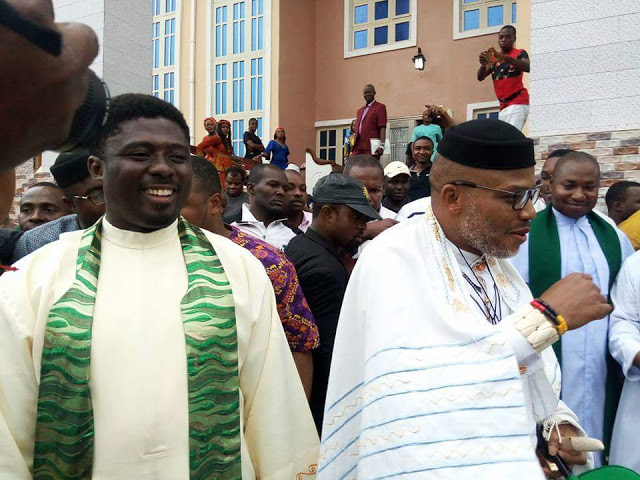 A Priest of the Catholic Church, Rev Fr Emmanuel Chibuzo Obimma popularly known as Ebube Muonso, has revealed that the governor of Anambra State, Chief Willie Obiano will be re-elected for a second term in office.
Ebube Muonso made the revelation at the Adoration Ground, Uke emphasizing that the anti people plan to rig the election will not work.

Assuring the governor who came to participate in a special thanksgiving mass that the people are with him as shown by the excitement of the congregants, Ebube Muonso declared that “Gov Obiano will win the Nov 18th governorship election but there’s plan to rig him out. God will not allow them”
While commending Gov Obiano for his good works in the State’ he noted that “the people know the right thing to do”


Posted by mediacop
Email ThisBlogThis!Share to TwitterShare to Facebook
at 07:59