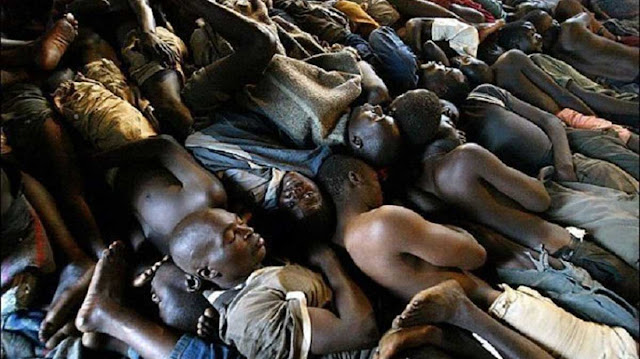 Indications have emerged that the 65,000 inmates presently occupying the various prison facilities across the nation are currently under the threat of starvation following the non-payment outstanding obligation of ration and gas suppliers since 2015.
This threat is linked to federal government’s refusal to remit payment of over N6 billion to the contractors since 2015, 2016 and now.
The Nigeria Prison Service Ration and Gas Contractors had in 2015 written to President Muhammadu Buhari, demanding the payment of over N6 billion outstanding obligations.
The contractors had expressed fear that if inmates of the nation’s prisons were not fed for two days, they could go haywire and the consequences could be devastating to national security.


The contractors begged him to help them restore their integrity as they were being harassed by banks that gave them loans.


Confirming the development, one of the suppliers, Hajia Maimunat Usman urged President Buhari to cause the Ministry of Finance to release the money to the appropriate bodies for disbursement to the suppliers.
The Prisons Service, though with huge budget, is plagued with inadequate infrastructure, degrading facilities and the failure and negligence of the appropriate authorities to pay the contractors who have the mandate to provide food to prisoners.
Usman lamented that while the contractors are still being owed 2015 and 2016 outstanding payments for the supply of food to the prisons, several efforts to get the Ministry of Finance to remit the outstanding payments have been futile.


According to her, while the prison authorities had often gone the extra mile of using their personal resources to assist some of the inmates, it behoves on the paying authorities to do the needful

Posted by mediacop
Email ThisBlogThis!Share to TwitterShare to Facebook
at 15:51