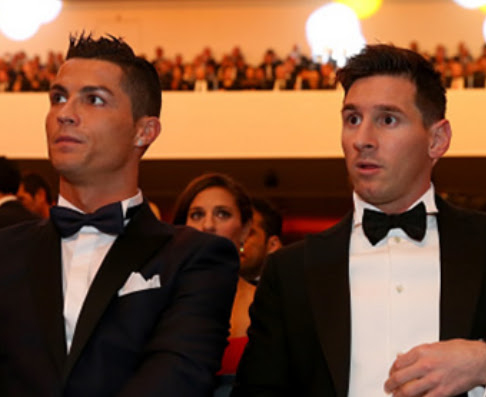 Barcelona star man, Lionel Messi believes himself and Cristiano Ronaldo will never be close as they don't get to spend enough time together to build a relationship.

Messi who has shared the limelight with Ronaldo over the years believes the enmity between them are only formed by the media .

Messi said: "I don't know if we will be. Friendship is built through spending time together and getting to know each other.
We have no relationship, mainly because we only see each other at awards ceremonies and that's the only time we speak. Everything is fine, but our lives don't cross over very often."

Posted by mediacop
Email ThisBlogThis!Share to TwitterShare to Facebook
at 07:51