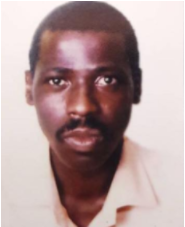 Jide Tinubu, the son of APC National Leader, Bola Tinubu, died in a Lagos hospital yesterday. The lawyer, reportedly complained of chest pain and slumped. He was rushed to the hospital where he died. An APC member who shared this photo online wrote;

"I've observed so many pictures on the social media of Late Babajide Tinubu and none was correct. This is the real picture of late Babajide Abdulkazeem Tinubu. Aged 43years."

President Muhammadu Buhari is deeply grieved after he recieved the news of the passing away of Jide Tinubu, son of the APC National Leader, Ahmed Bola Tinubu.
Buhari placed a telephone call on Wednesday night to Tinubu on behalf of the F.G and his family offered his condolences to the Tinubu family over the painful loss. He also took to his twitter handle to mourn Jide;

A family member who requested to be anonymous due to the sensitive nature of the death said Jide held his chest and suddenly collapsed around 9pm on Tuesday. Tinubu wasn't told until after he returned to Lagos from Abuja.


His body is currently at the mortuary of the undisclosed private hospital where he is expected to undergo autopsy. RIP Jide.

Posted by mediacop
Email ThisBlogThis!Share to TwitterShare to Facebook
at 08:31