BREAKING!! Pope Francis Requests Roman Catholic Priests Be Given The Right To Get Married 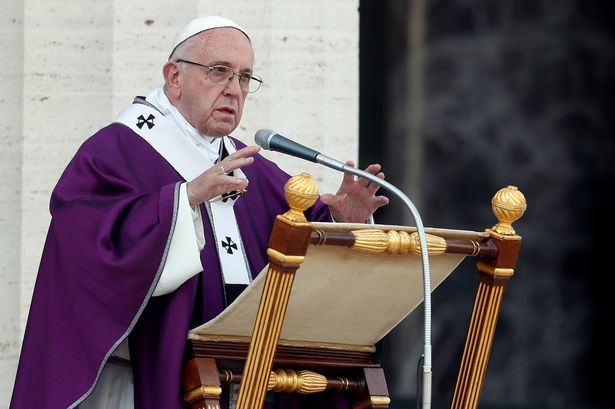 Pope Francis has requested that Roman Catholic priests be given the right to get married.
The request applies to priests in Brazil, and is on the agenda for an upcoming synod (church council) in the Amazon region.
A small number of married Roman Catholic priests already exist, including previously married Anglican vicars who have joined the church.
A request to lift the ban on marriage was made by Brazilian bishop Cardinal Claudio Hummes, who reportedly asked the Pope to consider ‘viri probati’, meaning married of great faith, as priests.
Derry priest Father Paddy O’Kane suggested that Pope Francis may move to end celibacy earlier this month, saying there was support amongst the church for the idea.


“I have recently heard that the pope wants to fulfil this request – as an experimental, preliminary phase for the moment confined to Brazil.”
Earlier this year the Pope told Die Zeit newspaper: ‘We must consider if ‘viri probati’ is a possibility. Then we must determine what tasks they can perform, for example, in remote communities.’
Francis and his predecessor Benedict XVI have both stated that celibacy is not a matter of inflexible church dogma unlike, and could be debated.

Posted by mediacop
Email ThisBlogThis!Share to TwitterShare to Facebook
at 07:53