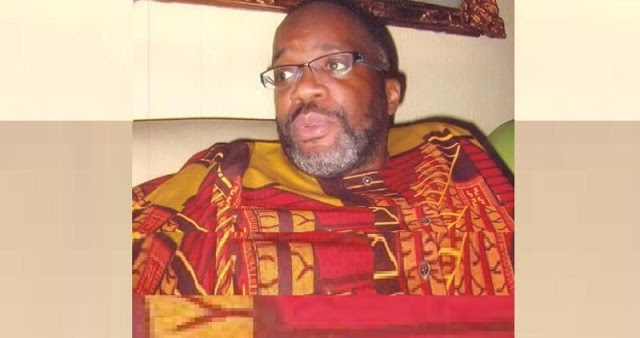 Emeka Ojukwu (jnr.), the son of the late Biafra warlord lord Dim Odumegwu Ojukwu has dumped the All Progressives Grand Alliance, a party founded by his late father for the governing All Progressives Congress (APC).
He made the declaration in Awka on Wednesday, the Anambra State capital at the grand final campaign of the APC governorship candidate Dr Tony Nwoye.
In attendance was President Muhammadu Buhari, 12 APC governors and National Assembly members.


He said his decision to join the party was borne out of the desire to protect the interest of the Igbos, the major reason his father pitched tents with the defunct National Party of Nigeria.


His words: ''it is time for the people of the South-East region to move from the recession of the periphery to the centre, it is time to leave the shadows for light. Every now and then, they come out with my father’s shadow to confuse the people,” he said.
Speaking further, he said, ''APGA is a means to an end but not an end itself, the main  reason my father joined the National Party of Nigeria (NPN) in the Second Republic was to ensure that Igbo people remained in the mainstream of Nigerian politics.''


“Mr President, I am proud to stand here today in support of you and in solidarity with the APC and our candidate, Tony Nwoye,” he added.

Posted by mediacop
Labels: news
Email ThisBlogThis!Share to TwitterShare to Facebook
at 02:46