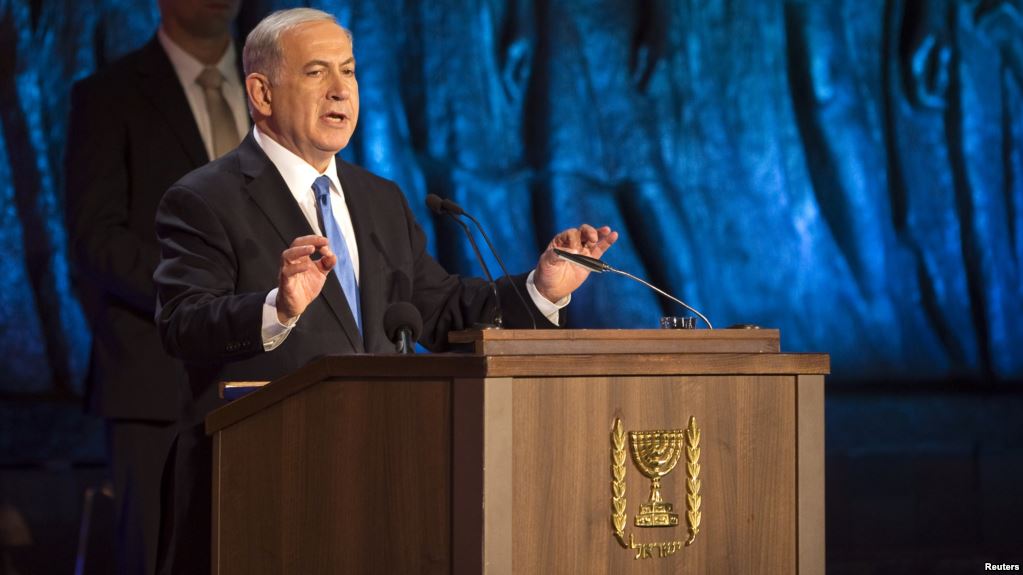 THE Israeli Government has formally recognized the 'the proposed Biafra Republic' as the agitation continues.
The was in reaction to President Buhari's comment while he visited Qatar supporting an independent Palestinian State.
Buhari during the visit was quoted as saying ''we will help by standing side by side with you, until our brothers and sisters in Palestine achieve their desired objectives - that is independence for the State of Palestine.
Buhari reportedly made this comment before the  Qatari Emir and Head of State, Emir Tamim Bin Hammad Al-Thani which angered Prime Minister Benjamin Netanyahu.


The position of Israel on Biafra was disclosed by an Arab diplomat saying:


“It was not for nothing that Prime Minis­ter Benjamin Netanyahu chose to recognize Biafra at a very im­portant ceremony like the Hol­ocaust memorial, last April.”
“At the memorial, Netanya­hu chided the world for keep­ing quiet and standing aside and did not prevent genocide or mass murder in Biafra, Cam­bodia, Rwanda, Sudan and also in Syria.”
Continuing he said, ''He observed, “Netanyahu is the first Head of State of a First World country to describe the 1967-1970 war against Biafra as genocide.”


“The Israeli PM’s presence at the 51st ECOWAS summit in Liberia, the first by any Israeli leader to Africa, and the first by any non-African Head of State, coupled with the promise of a $1 billion solar power project for the region, was tailored to teach Nigeria a bitter lesson,”  the envoy added.

Posted by mediacop
Email ThisBlogThis!Share to TwitterShare to Facebook
at 06:53