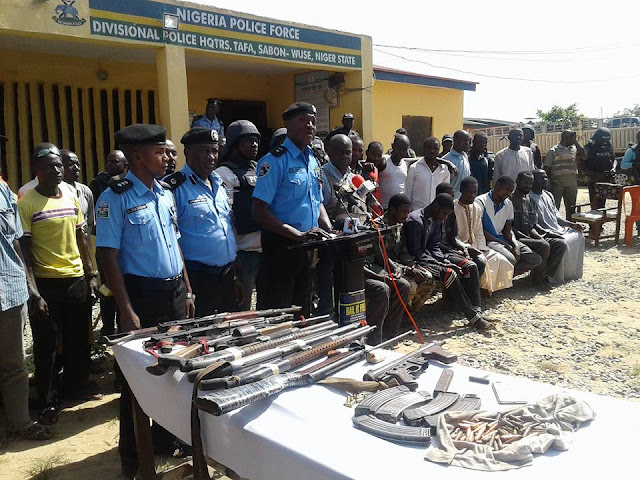 After a sustained surveillance and raid of the criminal hideouts and kidnappers den by the men of Operation Absolute Sanity comprising the Special Tactical Squad (STS), Police Mobile Force (PMF), Special Anti-Robbery Squad (SARS) raided identified kidnappers dens, camps, armed robbers and Car Snatchers in their camps, Black spots and Criminal hideouts in the forests located in the FCT, Niger and Kaduna States and successfully smashed four (4) vicious and notorious gangs in the process arrested the following sixteen (16) suspects in the act of kidnapping and collection of ransom, car snatching and armed robbery


All the suspects arrested confessed to the crime and admitted to the various roles they played in the commission of these capital offences.
They will be arraigned in Court on completion of investigation. Investigation is being intensified to arrest other suspects at large.

Posted by mediacop
Email ThisBlogThis!Share to TwitterShare to Facebook
at 06:52