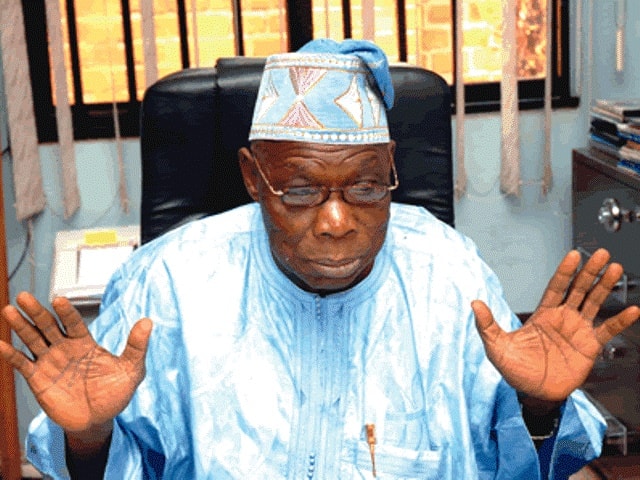 Former President Olusegun Obasanjo has given reasons Boko Haram was launched in the North-eastern part of Nigeria.
Obasanjo said he made the discovery while conducting a research for his degree in Christian Theology.
He spoke while delivering the 2017 Foundation Day Public Lecture entitled: ‘Corruption and the Challenges of the African Child’, to mark the 14th anniversary of Dorcas Oke Hope Alive Initiative (DOHAL) held at the University College Hospital (UCH), Ibadan.
The former military Head of State pointed out that abject poverty arising from Nigeria’s corrupt system led to the “formation of kick against western education otherwise known as Boko Haram.”

He added, “One of the reasons that members of the extremist group – Boko Haram, gave for their insurrection is that they became disillusioned when they saw how corrupt that Western educated leaders were.


“According to them, if those who occupied government offices by virtue of their Western education would corruptly enrich themselves and deprive others of the basic things of life, then that education is ‘haram’ which means forbidden.
“I am told that when Mohammed Yusuf, the original leader of Boko Haram and his early followers first started, they all gathered and tore their certificates because they said a certificate, which could not fetch them a source of livelihood is useless to them. Similarly, they saw Western education as corrupting the individuals.


“We may not agree with their position, but the disappointment and disillusionment of citizens over the inadequacy or poor performance of their leaders is real.”

Posted by mediacop
Email ThisBlogThis!Share to TwitterShare to Facebook
at 08:18