Menu
Home » »Unlabelled » Smaller Thieves Are In PDP, All The Bigger Thieves In Nigeria Are APC Members, See Why

Smaller Thieves Are In PDP, All The Bigger Thieves In Nigeria Are APC Members, See Why 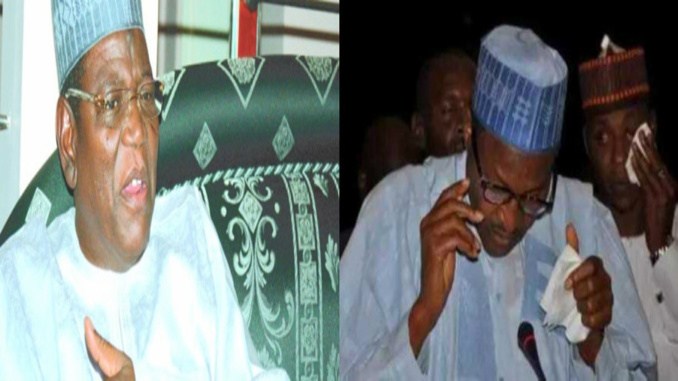 A former governor, Sule Lamido, said the ruling APC got into power using lies
The former governor said the APC was full of corrupt people
He accused President Buhari of shielding APC members from probe Sule Lamido who served as governor of Jigawa state has accused President Muhammadu Buhari of shielding members of the ruling All progressives Congress (APC).


In an interview with Daily Trust, the former governor accused the APC of campaigning on pure lies in order to win votes from the people.


He said: “If there’s anybody who reaped most from PDP’s evil, it is the APC and they know what they campaigned on were pure lies. They know it. “Their government is a creation of evil and shame, because it was fertilized by the PDP.
The APC government is our daughter because the PDP made them. Minus the PDP, there would be no APC.” Lamido said the fight against corruption should not be selective.


He said: “If you are with the APC, Buhari will clean you and that’s why all people from the PDP who went to the APC are very clean now. “When they say we’re thieves, it is the smaller thieves that remained in the PDP, the bigger thieves are in the APC. “If they cannot lead, they should quit and we take over.”

Posted by mediacop
Email ThisBlogThis!Share to TwitterShare to Facebook
at 08:28