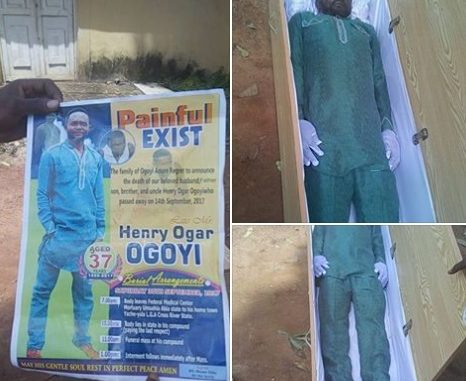 A member of the now outlawed Indigenous People of Biafra IPOB, Henry Ogar Ogoyi, who died while protecting their leader, Nnamdi Kanu, was laid to rest yesterday October 1st. According to reports, Henry who hails from Iyala Ogoja, died during the clash between the military and some members of the secessionist group in Umuahia, Abia state on September 14th.

He is said to be the only surviving son of his parents. He left behind a pregnant wife and their one-year-old child. May his soul rest in peace, Amen. 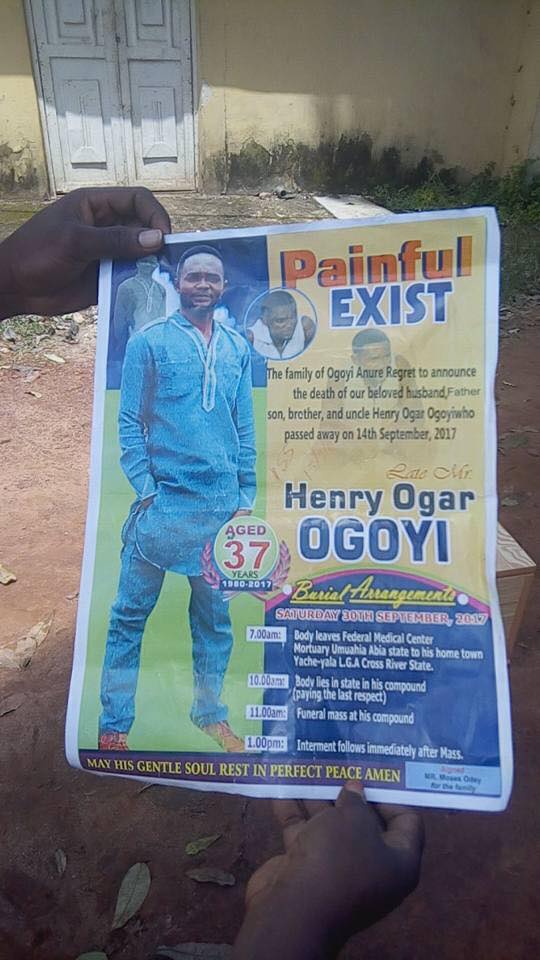 Posted by mediacop
Labels: news
Email ThisBlogThis!Share to TwitterShare to Facebook
at 15:30