Menu
Home » »Unlabelled » Just In! Davido To Face 10 Years Imprisonment After Being Arrested Over Tagbo’s Death.

Just In! Davido To Face 10 Years Imprisonment After Being Arrested Over Tagbo’s Death. 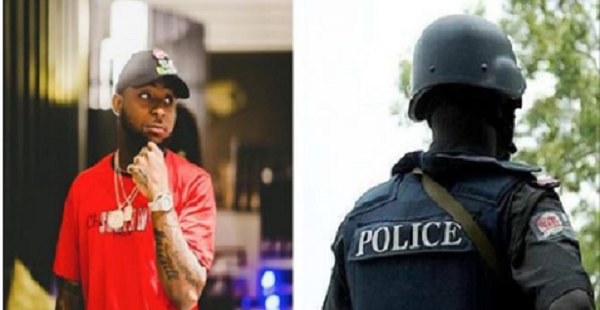 In the wake of several conflicting reports on the death of Tagbo Umeike, the Lagos State Police Command Wednesday, arrested hip-hop artist, David Adekeke alias Davido over the death of Tagbo.
The death of Tagbo Umeike, the friend of the Nigerian popstar, Davido was one of the tragic news that hit the net in the past week.
The incident went viral on the social media two weeks ago when the deceased girlfriend, Caroline Danjuma took to her Instagram page accusing Davido of his death.
Since then Davido has come under heavy criticism over his repeated denial of his involvement in the unfortunate incident.

Tagbo’s body was dumped in a Toyota Camry car in front of the Lagos Island General Hospital by yet to be identified persons.
Lagos State Commissioner of Police, Imohimi Edgal, confirmed that the musician was being quizzed following the revelation by the CCTV footage that he and his friends dumped him in the car and ran away.
Mayowa Ogundele who works with Channels TV shared the news of Davido’s arrest via her social media handle.
Here’s what she shared:

Following this development, the Nigerian Pop Star if found guilty of the murder charge against him will be sentenced to life imprisonment or may face a reduced jail sentence if pardoned.
Stay Alert for more updates on Davido’s arrest.

Posted by mediacop
Email ThisBlogThis!Share to TwitterShare to Facebook
at 07:22