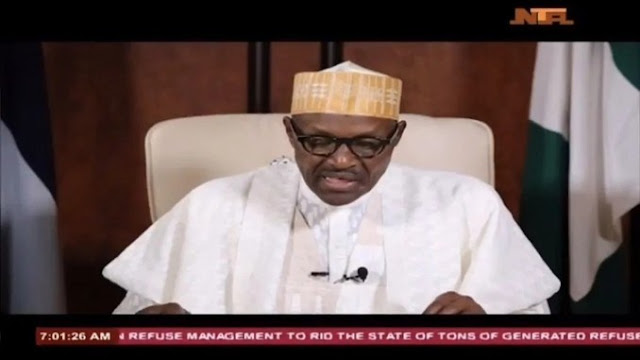 President Muhammadu Buhari has expressed deep pain and sorrow over the death of the former Military Administrator of Kaduna State, retired Air Vice Marshal Mukhtar Mohammed.
The President’s Senior Special Assistant on Media and Publicity, Malam Garba Shehu, said the president made his feelings known in a letter he wrote to the governments of Jigawa and Kano States.
He said the letter was handed to Gov. Badaru Abubakar of Jigawa by a Federal Government delegation on Thursday.
In the letter, President Buhari revealed the intimate nature of the relationship between him and the deceased military top brass, saying he had lost a friend in peace and in war.
“The delegation, which was led by the Chief of Staff in the Presidency, Abba Kyari with four ministers and three presidential aides, was in Dutse, the Jigawa State capital where a similar letter of condolence signed by the President was handed over to the Emir, Dr Muhammadu Sunusi,’’ the statement said.
The presidential aide said the team was also in Kano where they met both the Gov. Abdullahi Ganduje and the Emir Muhammadu Sunusi II before participating in the funeral prayers which took place at night due to the late arrival of the body from United Kingdom.


President Buhari’s condolence letter said, “Late Mukhtar was my friend in war and in peace. He was a brilliant Air Force officer, a good administrator and a patriot.


“”All those who came in contact with him have recognized him as a brave man of vision and energy. These qualities he brought to bear in his service to Nigeria.
““In politics, he was dogged and determined to enthrone a good government, to clean up government business and establish democracy and rule of law.
“”The late Waziri was a highly intelligent person and very brave in the face of challenges. He was prepared, and did leave his post on a point of honor and principle. He was a worthy and a true son of Nigeria.’’
The two state Governors and the Emirs praised the the exemplary qualities the late military officer and thanked the President for standing by their people in their hour of trial.
The federal government delegation included the Ministers of Interior, retired Gen. Abdulrahman Dambazau; Defence, retired Brig. Gen. Mansur Dan-Ali; Education, Adamu Adamu and the Minister of State, Aviation, Hadi Sirika.
Others were the Chief of Air Staff, Air Marshal Abubakar Sadiq, the Senior Special Assistant to the President on Media, Garba Shehu, that of Special Duties, Ya’u Darazo, Sha’aban Sharada and Musa Daura, a nephew of the President.


Late Muhammad, who was the Wazirin Dutse in Jigawa, died on Sunday in a London hospital after a protracted illness.

Posted by mediacop
Email ThisBlogThis!Share to TwitterShare to Facebook
at 09:21