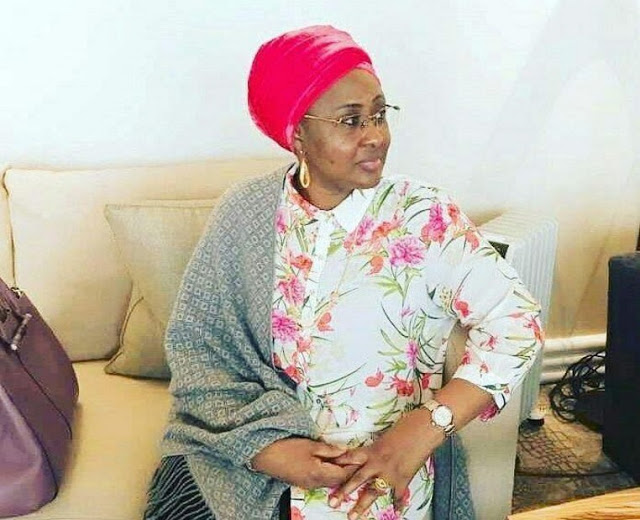 The last may not have been heard in the allegations of corruption and counter-allegations by Senator Isah Misau (Bauchi Central) and the Inspector- General of Police, Mr. Ibrahim Idris, on alleged abuse of office. The Federal Government had, last Thursday, arraigned Misau before an Abuja High Court on a fivecount charge bothering on alleged injurious falsehood against the IGP, Nigeria Police Force (NPF) and the Police Service Commission (PSC).
The senator, however, pleaded not guilty to the charge and was consequently admitted to bail in the sum of N5 million, with two sureties in like sum. However, part of the documents in his (Misau) defence before the court was a Police document which showed that the IG approved two Jeeps for the wife of the President, Aisha Buhari, and a bus for the National Institute for Policy and Strategic Studies (NIPSS), Kuru.
But a top police source, who prefers anonymity because the case is pending in court, said that there is nothing illegal in the donation as there is no law which bars government agencies from assisting each other. He, however, denied that vehicles were donated to the President’s wife.
He rather stated that the vehicles were given to the police officers attached to the President’s wife. According to the documents before the court cited by New Telegraph, the vehicles were approved for the President’s wife early this year, in response to a request signed by one SP Sani M. Baba-Inna, ADC to the wife of the President. In the letter, dated January 17, 2017 and addressed to the IGP, the ADC requested for Toyota Sienna Space bus and Toyota Hiace Bus to compliment the vehicles attached to Her Excellency, the wife of the President.
The ADC further stated in the request letter that the said vehicles, if approved, will be used to support Her Excellency’s private movement and utilities. In a response to the request, the Office of the IGP on January 18, 2017 directed the Force Transport Officer to provide two Jeeps for the wife of the President.

In the same vein, the office of the IGP, on August 8, 2016 approved the release of a bus for NIPPS, Kuru. The approval was sequel to a letter of request dated August 8, 2016, signed by the Institute’s Acting Director General, Jonathan M. Jumai. In the said request letter, dated 8th August 2016 titled “RE: REQUEST FOR INTERVENTION IN THE ACQUISITION OF PROGRAMME/ VEHICLES AND CONSTRUCTION OF DIRECTING STAFF QUARTERS”, the Acting Director General of NIPSS, Kuru, one Jonathan M. Juma, requests the IGP’s assistance in the construction of one “Directing Staff quarters (4-bedroom bungalow)”


The letter reveals that the NIPSS had requested “programme vehicles for the use of its Senior Executive Course Participants” and their “Directing Staff”, ostensibly for use during their local and “strategic studies tours”; Juma then indicates that the Institute will be “highly appreciative” of the IGP’s assistance in that regard. In the document sighted by our reporter, the IGP then inscribed “Approved” on the correspondence, and to minute it to the Force Transport Officer (FTO).
The IGP inscribed a handwritten note in the margin of the letter directing the “O/C ALL” to “issue one (1) bus with inscription Donated by: The Nigeria Police Force.” It is the contention of the defence team that such approval by the Office of the IGP may have contravened the police budget for 2016 and 2017 since there was no provision for same in the approved budget.
However, in his further reaction to the document, the police source said: “There are police officers in the Villa, that is, Mopol 24, they are in the Presidential Escort. They use police vehicles and, as such, they have right to request for vehicles from police, if they have additional needs for vehicles because all those attached to the Vice President and the President’s wife are police officers.
The wife of the President did not request for any car from the IGP, rather it is the police attached to her that requested for additional vehicles to complement the ones they have. “For me, I don’t think, there is anything in that, that is abnormal. For NIPSS, there is an interagency co-operation.
For instance, there are military, police officers and others serving in NIPSS. So, if NIPSS is requesting something from the police, if the police have it, they can give it to them. It is just like War College. You know that every year, the IG goes to lecture them, same way, the Chief of Army Staff does.
During the lectures, each of the organisations promises what to do for them. Even as at the now, the police have promised to help with their library. “IGP did not give out the vehicle in his personal capacity, lest it will be said that he used police money to give out gift to NIPPS and wife of the President. But, since it is official, there is nothing wrong in it.
There is nothing wrong for an organisation to partner with another towards achieving a goal. “For example, in the police, if we are having joint operation, we can call on the FCT to assist us with vehicle.
Like the Ministry of Works, they can donate vehicle for police, during Highway Patrol, even they buy cars for Road Safety. So, there is nothing wrong for one agency to assist another agency. “NIPSS is a government agency and they can request for the assistance of another government agency.


“It is not compulsory that the gifts you give out be included in the budget,” he stated.

Posted by mediacop
Email ThisBlogThis!Share to TwitterShare to Facebook
at 10:16