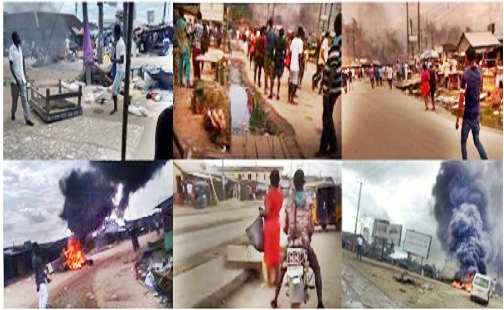 Photos from the scenes of the violence
According to multiple social media reports and photos making the rounds online, an ethnic violence has reportedly erupted in Oyigbo, a town very close to Port Harcourt in Rivers state.
It was gathered that a Mosque was burnt down while properties were destroyed as commercial activities were also shutdown.
The cause of the violence is not yet ascertained by us as at the time of filing this report, but we’ll be bringing you more details later.
Meanwhile, here are online reports we culled from social media over the ongoing mayhem and violence;


Posted by mediacop
Email ThisBlogThis!Share to TwitterShare to Facebook
at 10:31