Menu
Home » »Unlabelled » Biafra: We Lied, IPOB didn’t burn down any mosque, we Did It —Police Confessed Evil deed

Biafra: We Lied, IPOB didn’t burn down any mosque, we Did It —Police Confessed Evil deed 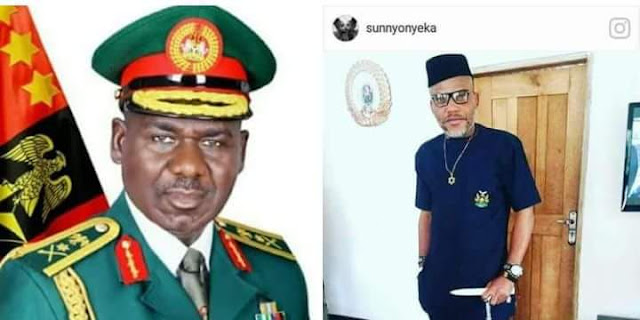 IPOB has denied ever burning a mosque at Igboeze North Local Government Area of Enugu State, saying it was not a violent organisation.
It further said it has no quarrel with Muslims in the country or elsewhere and as such had no reason to burn down their place of worship, as alleged by the enemy.
Confrming IPOB’s position, Enugu State Police Command, yesterday, warned residents against spreading rumour and blatant lies capable of jeopardizing existing peace in the state.

He, however, said that contrary to the claims, preliminary investigations showed that electrical power surge was responsible for the inferno at the mosque.
He said: “The issue is that there was an incident and that incident involved inferno.
“When we first heard about it, we moved in with a view to finding out what actually happened.The incident happened at the wee hours of Saturday, September 16 at about 2 a.m.
“When we got there, following our preliminary investigations, we discovered that it could have been as a result of power surge.
“However, the following morning, we started hearing all sorts of things that are blatant lies.
“We need to put things in their proper perspective to avoid mixing up issues.”

Posted by mediacop
Email ThisBlogThis!Share to TwitterShare to Facebook
at 03:31