BIAFRA: INDIA Police raise alarm as NIGERIANS kill themselves over BIAFRA in country 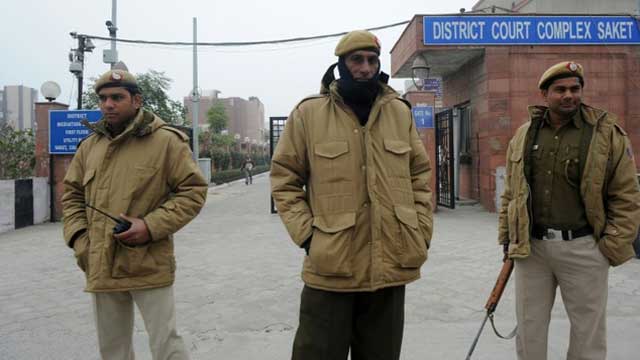 The quest for Biafra has continued to heat up even outside the Nigeria as spilling blood on Bengaluru’s roads, as students were taking sides over the issue and clashing repeatedly. Times of India reports that the police are now looking at getting the students concerned deported.
In the latest in this series of attacks and counter-attacks over the Biafra secession issue in Nigeria, a dozen students created a ruckus in Hennur in the early hours of Sunday, allegedly attacking the residence of one Elvis Ohachosim, 39, and setting his car ablaze.


The pre-dawn attack was in retaliation to Elvis attacking two Nigerian friends the previous evening.


Police said Sunday’s arson is the latest skirmish between two groups of Nigerians since September 3, when one N. Chigozie allegedly died in suspicious circumstances, after clashes between the gangs at an African restaurant.
“We have filed four cases against these two groups in just 20 days,” a police officer said.
Chigozie’s brother Nonso, meanwhile, filed a complaint accusing a group of Nigerians, led by Aiwa, of attacking him and his brother at African Kitchen in Kothanur, on the night of September 2, while discussing the Biafran issue. Police held six Africans and recently, all of them were released on bail.
Elvis is believed to have led a gang of Nonso’s supporters and attacked Christoper Okwi Onuigbo and his friend Ani Charles, who was arrested for the September 2 attack on Nonso.


Kothanur police filed a case against six people, including Elvis. Nonso’s supporters have been identified as Elvis Ohachosim, Emmanuel, Grant, Pastor Jeremiah, among others.

Posted by mediacop
Email ThisBlogThis!Share to TwitterShare to Facebook
at 07:27