Menu
Home » news » Who Is Calling For War? I Don't Want To Die...I Have 21 Children, I Want To Enjoy My Life Very Well - Asari Dokubo

Who Is Calling For War? I Don't Want To Die...I Have 21 Children, I Want To Enjoy My Life Very Well - Asari Dokubo 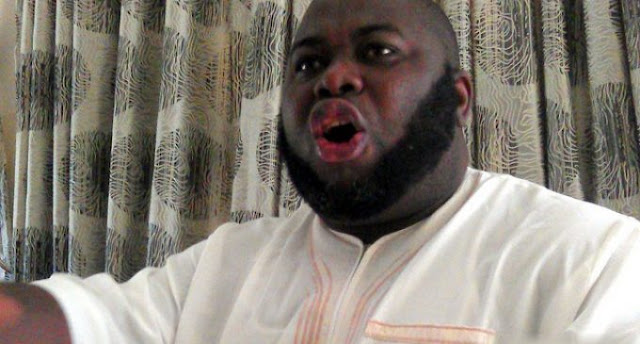 Asari Dokubo, leader of the Niger Delta Peoples Salvation Force, (NDPSF), says he is not calling for war that he want to enjoy his life very well.
Dokubo said this while speaking on a programme aired on Television Continental (TVC).
He said the Niger Delta people were open to dialogue and not calling for war.
“Fifty years after independence, what is stopping the dialogue? If they want to dialogue, let them sit with us. We are not asking for war, we don’t want to die. I don’t want to die, I have 21 children. I want to enjoy my life very well. Who is calling for war?” he asked.
“My people have never accepted Nigeria so how can I be Nigerian? If we want to be Nigerians, we will all sit down and agree to give up our separate identities and accept Nigeria as our country.”
Dokubo said the people carrying out kidnappings are not part of the Niger Delta struggle, explaining that the struggle is a moral one.
“These counter struggle elements were introduced to give the struggle a bad name so they carry out kidnappings and all sorts but they were unable to do that,” he said.
“Some people go to the pipeline, take the oil, cook it and destroy the environment more than what Shell, Agip, Chevron and others are doing. They are not part of our struggle, they are criminal elements. People who kidnap, rape and steal are not part of our struggle, our struggle is a moral and religious struggle.


“Some rogues want to associate them with us, we are not together but sometimes their actions aid our struggle. You’re now kidnapping people, demanding for money; you’re not part of our struggle. Amnesty came and was given to most criminal elements so we didn’t take their amnesty bribe.”
Due to attacks on oil pipelines and the unrest in the Niger Delta, Dokubo who was the former president of Ijaw youth council was arrested by Olusegun Obasanjo, former president of Nigeria, for treason and released by the late Umar Musa Yar’Adua, as part of efforts to restore peace to the Niger Delta.
According to reports, he received an annual cash payment of USD$10 million a year from Abuja as part of the federal “pipeline security protection fee” to protect the pipelines and creeks.
“I used to eat but I stopped eating five months ago. I drink water, eat nuts, banana and other fruits. For five months now, I have not been eating because of what is coming in front,” he said.


“I was weighing 153kg and I thought to myself that if the thing starts now, people go carry me dey run or which one so I decided to stop eating. Before then, beans was my best food.”

Posted by mediacop
Labels: news
Email ThisBlogThis!Share to TwitterShare to Facebook
at 09:32