Menu
Home » news » UNBELIEVABLE!!!Aisha Buhari Refers To Nigerians As Animals. Read What She Said In Her Tweet

UNBELIEVABLE!!!Aisha Buhari Refers To Nigerians As Animals. Read What She Said In Her Tweet 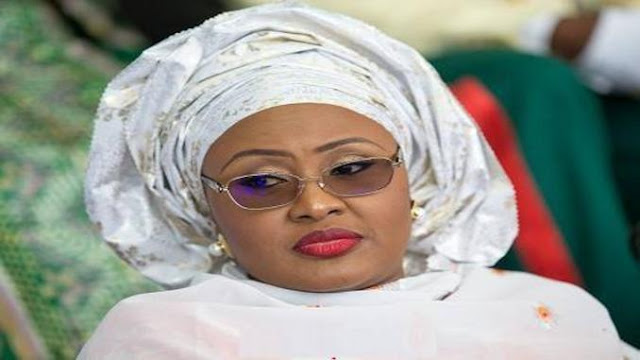 Nigerians are furious over a statement made by Wife of the President, Aisha Buhari, on social media in reply to a message by Senator Shehu sani. Nigerians believe the words of the President’s wife and the senator are disrespectful to the people of Nigeria.
Aisha Buhari reacting to a tweet by Senator Shehu Sani said: “God has answered the prayers of the weaker Animals, The Hyena’s and the Jackals will soon be sent out of the kingdom.” “We strongly believe in the prayers and support of the weaker animals. Long live the weaker animals, Long live Nigeria.”
Senator Sani, who represents Kaduna Central Senatorial District, had earlier said: “Prayer for the absent Lion King has waned; until he’s back then they will fall over each other to be on the front row of the palace temple.


“Now the hyenas and the jackals are scheming and talking to each other in whispers; still doubting whether the Lion King will be back or not.
“Now the Lion king is asleep and no other dare to confirm if he will wake up or not. Its the wish of the Hyenas that the Lion King never wakes or come back so that they can be kings. Its the prayers of the weaker animals that the Lion King comes back to save the Kingdom from the Hyenas, the wolves and other predators.”
However some Nigerians have reacted to the message posted by Senator Shehu Sani and the reply by Aisha, wife of President Muhammadu Buhari.

Posted by mediacop
Labels: news
Email ThisBlogThis!Share to TwitterShare to Facebook
at 09:11