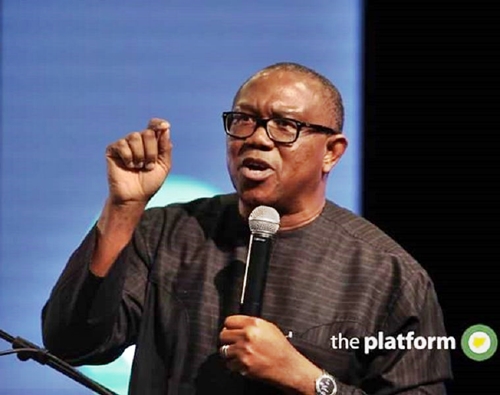 
He asked the stakeholders to mobilise for the victory of the PDP’s candidate in the poll, Oseloka Obaze, describing Obaze as “a first-class market.”


The former governor pledged to reconcile all aggrieved PDP members in the August 28 primary election of the party.
“I’m the beneficiary of the PDP confusion when I was governor on the platform of APGA. Today, I’m 100 per cent in the PDP. That confusion must end. We must win the November 18 poll; nothing can stop us from doing that. It’s a fight I must win for the PDP.
“I’ll be in Anambra State all through from today (Wednesday), to accomplish this goal. In 2002/2003, I contested against an incumbent governor and defeated him; so there is nothing strange to me in defeating an incumbent governor.


“If all the money I kept for this (Obiano’s) government, both in dollar and naira were properly utilised and our legacies sustained, Anambra will be on top of other states in development by now.”

Posted by mediacop
Email ThisBlogThis!Share to TwitterShare to Facebook
at 09:14