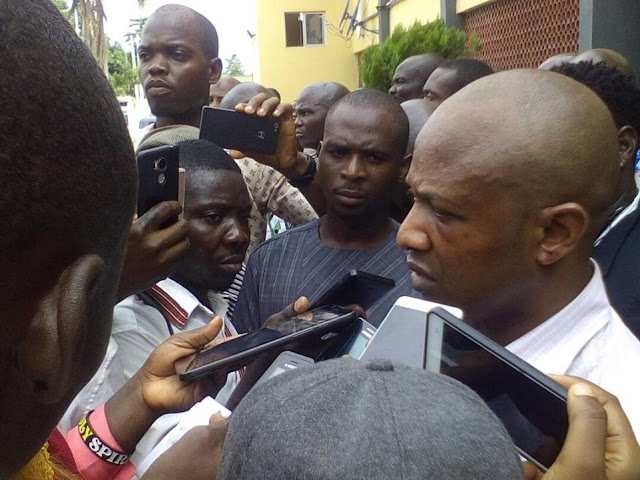 Suspected kidnap kingpin, Evans , has told Nigerians, his victims and the police that he did not kidnap women at any time during his operations or collect as low as N5 million and N10 million Naira as ransoms.
He made the disclosure when confronted by two of his victims at the Lagos State Police Command, Ikeja.
As one of his alleged victims Murphy Ajala who claimed to be a British citizen confronted and accussed him of kidnapping him in 2010  at the entrance of his hotel after he returned from the Coronation of Ojota of Ijora and taking in his Hummer SUV to a bush in Ajah, Evans denied and upon the victims insistence that Evans did, he asked how much he paid as ransom.
Ajala said he paid N10,000,000, but Evans laughing it off declared he did not collect anything as low as N10,000,000 during his operations.
Below is the conversation that ensued between Ajala and Evans
‘’How much did you pay as ransom?’’   Ajala   responded thus: “I paid   N10million.” Upon hearing that, Evans declared:   ‘’I don’t collect N10million as ransom’”


Instantaneously, everyone in the room asked Evans who kidnapped the man.   And he responded thus: “I don’t know.”
Similarly, a female victim who also confronted Evans and alleged that she was abducted by Evans said the kidnap kingpin collected N5,000,000 from her but Evans reportedly declared that

Posted by mediacop
Labels: news
Email ThisBlogThis!Share to TwitterShare to Facebook
at 09:35