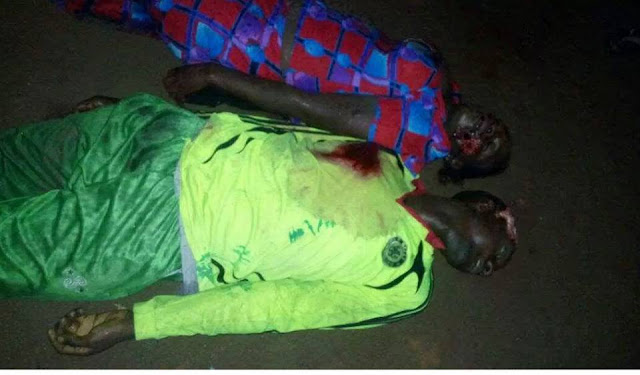 No fewer than four persons have been killed in Asaba, the Delta State capital. The suspected assailants, who invaded an Hausa/Fulani settlement at about 10pm Friday night at the Abraka market within the Asaba metropolis, killed three men, one woman and left several others with injuries.
The suspected killers shot sporadically as people slept and later threw bomb into a Mosque around an area called Cable point.
Vanguard reports that a brave Hausa man picked up the bomb and threw it into the river before it could explode.


A source told the newspaper that soldiers and policemen came to their rescue and chased the suspected invaders away.

He said the security agents took the injured persons to the hospital for treatment and deposited the corpse of the deceased at the mortuary.

Posted by mediacop
Email ThisBlogThis!Share to TwitterShare to Facebook
at 05:41