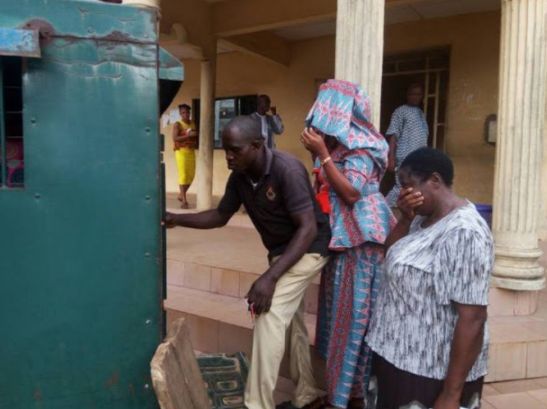 
They were arraigned on a 19 count charge bothering on Stealing, forgery, obtaining under false pretence, uttering and conspiracy to defraud contrary to section 467(2)(d) of the criminal code laws of Edo State of Nigeria, 2006.


The former bank manger while a branch manager in 2012 defrauded one Moses Obozokhae to the tune fifty million eight hunded and fourth thousand naira only using a forged and uttered document titled: United Bank for Africa Certificate of deposit with reference No TDO9990001445 dated 2nd August 2012.

One of the charges reads: that you Florence Onome Odior sometimes in 2012 whilst being a branch manager in the employment of United Bank for Africa (UBA) in Benin, Edo State within the jurisdiction of this honourable court with intent to defraud did steal by converting to your personal use the sum of N 85,840,000 (Eight Five Million Eight Hundred and Fourty thousand Naira Only) property of Moses Obozohae.

When the charges were read to them, they all pleaded not guilty.

Consequently the prosecution counsel, Mustapha Aliyu prayed the judge for an overturn of their administrative bail asking that they be remanded in prison custody as they have all jumped bail and asked for a shortets possible time for commencement of trial .

Counsel to the 1&2 Accused persons , C.J. Ekegwuba reminded the court that today was for plea taking and bail hearing prosecution counsel responded that he had countered the bail application presented by his colleagues and had submitted same this morning.

C.J.Ekegwuba told the court that the offence her clients is charged for is not a capital offence and they have never had any criminal record adding that they have never jumped bail and needed medical attention now as 1st accused is sick moreover they have been on administrative bail hence the need to be considered.

Counsels to 3rd, 4th and 5th accused persons aligned their position with counsel to the 1&2 accused.
Prosecution counsel however told the court that he didn't see any reason of them continuing with the administrative bail as they have jumped bail and can also be attended to at the Nigerian prison adding that in Nigerian prison, you are treated and even feed for free all at no cost.

After listening to all the counsels argument, justice Ohimai Ovbiagele adjoined to Thursday, June 24,2017 for ruling on continuation of bail and 12 and 13 July ,2017 for commencement of trial.