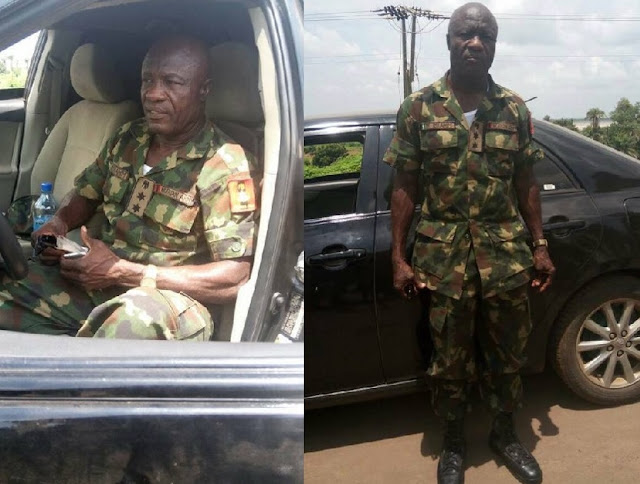 A yet to be identified fake army colonel, has been arrested..

The fake army personnel was arrested on July 12 in Jebba during acting President, Yemi Osibanjo inspection of the collapsed Mokwa-Jebba bridge.

According to reports, the fake army man was reportedly driving from Lagos to Kebbi State when Military Police in charge of security stopped him. 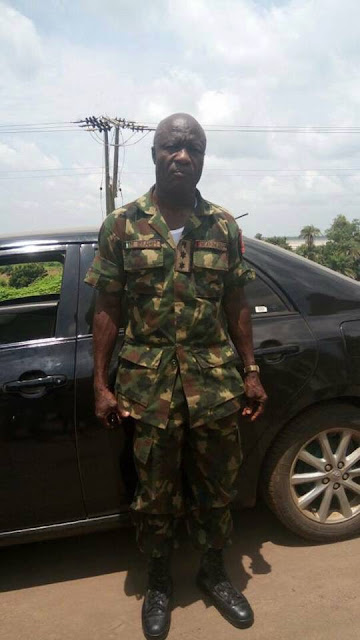 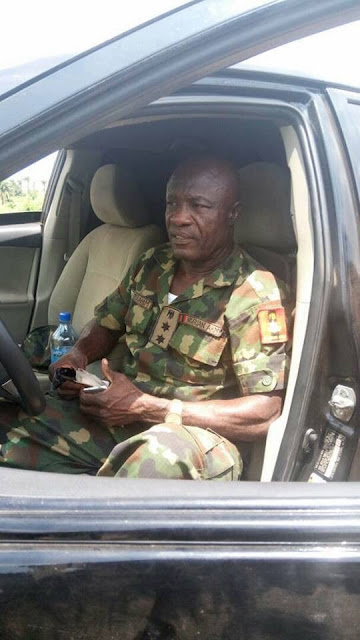 Posted by mediacop
Labels: news
Email ThisBlogThis!Share to TwitterShare to Facebook
at 09:24