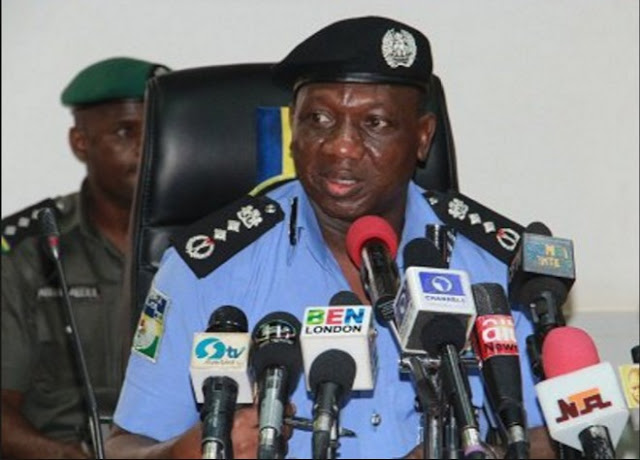 The Inspector-General of Police (IGP), Ibrahim Idris, has deployed over 500 Police Mobile Force men to Aba to checkmate members of the Indigenous People of Biafra (IPOB).
Assistant Inspector-General of Police (AIG) Operations, Taiwo Lakanu, disclosed this on Friday at the Aba Police Area Command.
He disclosed that the I-G directed that peace should be restored to Abia, hence the deployment of the mobile policemen who had assumed duty in Aba.
“You can see that we have emplaced security and that the whole place is quite and our men are on patrol.
“For now we are still monitoring. So, for now there is no problem. We are on top of the situation. We are working in tandem with other agencies and they are cooperating with us,” he said.
Meanwhile, the Nigerian military in a statement by Major General, John Enenche, Director Defence Information, declared IPOB a terrorist organisation.
In a statement he issued earlier today, he gave reasons for the decision.
He said “after due professional analysis and recent developments, it has become expedient, to notify the general public that; the claim by IPOB actors that the organization is non violent is not true.
“Hence, the need to bring to public awareness the true and current state of IPOB. In this regard, some of their actions, clandestinely and actively, that has been terrorising the general public among others include;
“The formation of a Biafra Secret Service; Claimed formation of Biafra National Guard; Unauthorised blocking of public access roads; Extortion of money from innocent civilians at illegal road blocks.
“Militant possession and use of weapons (stones, molotov cocktails, machetes and broken bottles among others) on a military patrol on 10 September 2017.


“Physical confrontation of troops by Nnamdi Kanu and other IPOB actors at a check point on 11 September 2017 and also attempts to snatch their rifles. Posted by mediacop
Email ThisBlogThis!Share to TwitterShare to Facebook
at 05:57